Sonam Kapoor is every brown girl’s favorite fashionista. I’ve personally been her fan since her Bollywood debut in “Saawariya,” which I am unafraid to admit that I actually enjoyed. Since, Kapoor has totally changed the fashion scene in India, creating a niche for herself through her confidence and honesty, which was showcased by her style.

Suddenly, more Indian celebrities started paying attention to what they were wearing to events. Yet, no matter how hard anyone tries, Kapoor remains the reigning queen of always being Bollywood’s best-dressed celebrity, both in India and internationally. With over 5 million followers on Instagram and Twitter, there’s no doubt that Kapoor’s fan following is unwavering.

If you’re a true fangirl like myself, then you probably already follow her on Snapchat (@sonamakapoor). You’re also probably already following her sister, Rhea, and her stylish friends, Pernia Qureshi and Shehla Khan, on Instagram to get more glimpses into the life of Kapoor. However, I have some good news for you. You don’t need to be a creep anymore to get your Sonam Kapoor fix.

On April 29, Kapoor launched her own app, ‘Sonam Kapoor,’ to connect with fans on an even more personal level and share exclusive content. Here are four reasons why you need this app in your life:

1. The app offers exclusive photos and behind-the-scenes videos from all of Kapoor’s appearances. 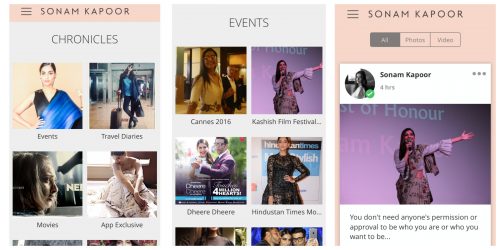 On the app, Kapoor blogs about the reason she chooses to attend the events. Some are to raise awareness and increase tolerance in India, while others are movie promotions and the sort.

2. Get tutorials and makeup breakdowns of Kapoor’s makeup looks and hairstyles. 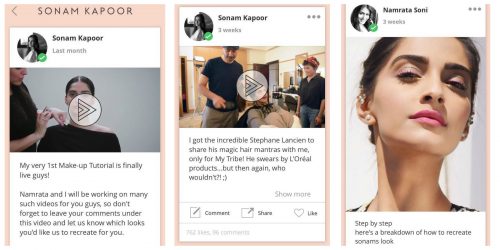 Kapoor’s go-to makeup artist, Namrata Soni, posts video tutorials and makeup breakdowns of Kapoor’s most classic looks on the app. We also get a glimpse of other makeup artists and hair stylists that work with Kapoor on her red carpet appearances in India and internationally.

3. Live streams with Sonam Kapoor herself 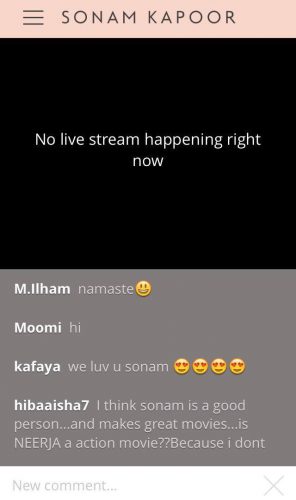 The live streams via the app gives fans a chance to interact with Kapoor directly and ask questions.

4. Learn all the style tips Kapoor and her sister Rhea have to offer about putting together the perfect outfit, whether it be for travel, interviews, or the red carpet. 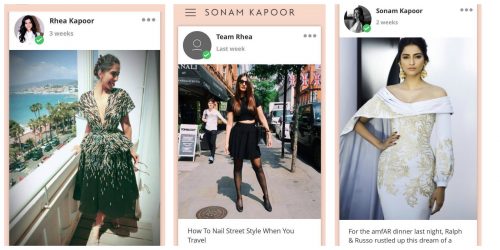 This is just a little tease of the endless content that’s available on the app. If you don’t want to miss out on more, you can download the app for free for Apple and Android phones.

Hera Ashraf is a graduate with a Biology degree, hoping to pursue medicine. She is a self-proclaimed foodie with a passion for desserts. Coffee and Bollywood are her two most favorite things. She loves to read, even though she barely gets time for it anymore. Brown Girl Magazine allows her to write about the things she loves, and then shares it with the world. Her goal in life is to become a world wanderer.