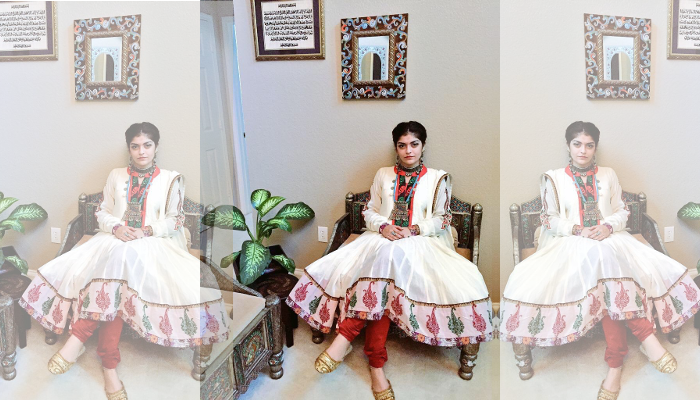 On a slightly cooler Dallas summer night, I found myself struggling to find parking. I was late for my date. Oh yes, a date. It’s slightly scandalous for a brown girl to be going on one of those and even more scandalous to be publishing a piece about it.

This date of mine was South Asian and Arab, born and bred in England. Ironically enough, a good portion of the night was spent arguing about the very topic of this piece—my South Asian-American identity. During the conversation, I had a breakthrough about the concept of identity. In the more socially lax context, it means I identify as “brown.”

There are certain expressions that slip out in my mother’s tongue even if I’ve held the entire conversation in English. My teeth are slightly yellow-stained from all the turmeric I’ve consumed since infancy. I view the colors red and green as a cultural necessity.

Then, there is the flip side. Being South Asian also means I am forced to participate in and consume within an economy that bastardizes the most sacred parts of my cultural existence. I am used to both the fetishization and debasement of my religious heritage. My history remains simply an elective, never the main subject, of academic conversation. These understandings are a part of me.

I carry the title of “brown American” as a way to combat the cognitive dissonance that results from being both occidental and oriental. It seems that to be a South Asian-American is to be at odds with your environment constantly, trying to form a relationship with external factors that have no reason to extend you the courtesy of integration.

Yet, through some sort of persuasion, those relationships are often formed with an eloquence that can only be brought to the table by people who have the empires of the Marathas, the Mughals, the Mysores, and the Magadhas running through their lineages. We use our identity as a sling shot, loading it with powerful rhetoric and aiming at any target that conflicts with our existence in the most primitive sense. We, as South Asian in America, validate our right to exist by contending those slightly yellow teeth and intricate personal histories.

Now here I am on this date, asserting this very manifesto. The moment, “As a brown girl,” erupts out of my mouth, he stops me and asks, “Why are you a brown girl? Why do you feel the need to identify in such a sense at all?” I’m not really sure if I should have been offended. To ask me such an existential question could be taken as equivalent to taking my weapon of identification away.

But there is an error in that view. This brown man is British. We have not been socialized in the same way. So often these days are South Asian-Americans socialized to be ashamed of their own citizenship, that even while armed with my slingshot of an identity, I had no idea as to how to answer his questions. But now I do.

South Asian American identity has nothing to do with our ornate garments, the turmeric, Bollywood or our dark-skin color. Such things hold immense value, but only in a tangible sense. Thoroughly describing South Asian-American would be futile. South Asia as a cultural entity is no monolith; it is riddled with exceptions to its own rules.

[Read Related: What it Means to be a First Generation Desi——From the Lens of a Half-Indian, Half-Irish Woman]

The exact same goes for America as a national entity. To be a South Asian-American is to be two immeasurable nebulous forces coming together. Here, in the United States, is the only place where these impossibly ambiguous ideas can meet and become the entity we have labeled as our identity. And that is its true definition – that no part of me can be reduced to an elucidation precise enough to be viable in first date banter.

To be a South Asian-American is to be beyond the confines of simple rhetorical mechanisms. It is not just the esoteric description, it is the understanding that I exist as an unfathomable culmination of historical externalities. 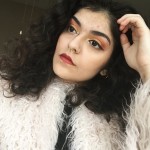 Suraiya Ali is a student currently living in Dallas, Texas. Her interests include feminist theology, mystic poetry, and the pursuit of the perfect matte lipstick. She wants to eventually couple a business degree with one in linguistics and theology.