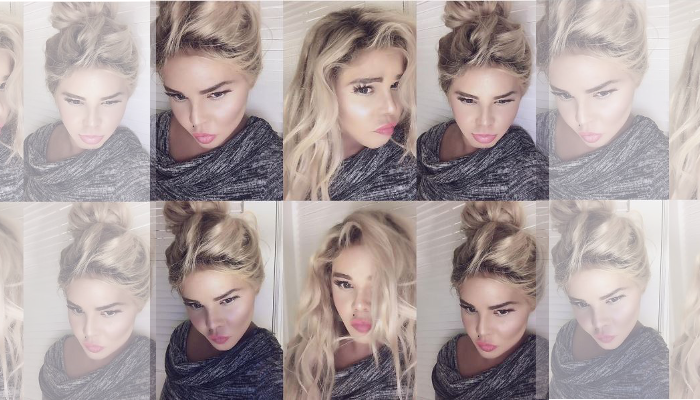 Like everyone else, I too was shocked to see rapper Lil’ Kim’s recent series of Instagram photos. She looked unrecognizable with white skin, blonde hair, and altered facial features—completely different from the Lil’ Kim we’ve watched since childhood. And no one is safe from the beast of the Internet, so of course, many of expressed their shock and others have criticized her not staying true to herself.

Can you imagine hating your entire image that you gotta change your skin color??? Lol I feel bad for Lil Kim

ESPECIALLY when you change your ENTIRE SKIN COLOR AND FACE? I MEAN, who are you?? Not the lil Kim I grew up with fa damn sure. #sosad #gross

In theory, it would be great if everyone could just “love themselves.” However, the unfortunate reality is, if we constantly receive negative messages about ourselves, from the media, society, and even our loved ones, it will corrode our self-esteem over time. Despite the rapper’s undeniable imprint on the music and entertainment industry, and having paved the ways for new-age female rappers, this is exactly what happened to Lil’ Kim. She too fell prey to the global standards of white beauty.

what lil kim did is extreme, but i can understand how she could grow to resent her skin color bc it took a LONG time for me to love mine…

Many years prior to her transformation, Lil’ Kim spoke about her self-esteem issues and how it affects her deeply. During an interview with Newsweek in 2000, she said:

“I have low self-esteem and I always have. Guys always cheated on me with women who were European-looking. You know the long hair type. Really beautiful women that left me thinking, ‘How can I compete with that?’ Being a regular black girl wasn’t good enough.”

How heartbreaking is that?! But she’s not the only dark skin woman to feel that way.

Many women of color experience a form of systemic oppression. For every ethnic group that was once colonized or experienced slavery, there is a strong value placed on having white skin, straight hair, and European facial features. As a woman of Indian descent who is considered ‘dark’ by Indian standards, I have experienced this form of bias first-hand.

I understand how it feels to be told that you’re “pretty for a dark-skinned girl.” I’ve become accustomed to not seeing people with my skin color represented in mainstream Indian media, and to have men of your own race treat you as if they are doing you a favor by asking you out. Thus, while I may not understand all of what Lil’ Kim has gone through, I absolutely do understand the harmful impact of colorism on an individual’s self-worth.

Lil Kim’s transformation should serve as an important lesson to society’s beauty standards. The reality is, we live in a world embedded in the belief of the white’s man superiority. Young women of color internalize the harmful belief that they have to adhere to standards of Eurocentric beauty to be accepted.

To combat the issue of colorism we must: 1) actively call out horizontal oppression when we see it in our communities and 2) affirm our young girls.

In addition to speaking up against the discriminatory patterns within our society, we must be kind, supportive, and recognize the beauty within each other. Unity is power, and we must work together to create the world that embraces the unique attributes, both internal and external, which make us who we are.

Natasha Sharma, one of the faces of the Dark is Beautiful campaign, is an International Relations and Social Work graduate from The University of Texas at Austin. She is very passionate about addressing social inequities. She has worked extensively with youth, immigrants, refugees, and survivors of domestic violence. She has also helped facilitate sustainable projects benefiting communities in India and Ghana. She ultimately hopes to pursue a career in the field of international human rights. Additionally, she does some freelance modeling on the side. For the past two years, she has participated in local fashion shows, hair shows, photoshoots and showcases. She hopes to increase the presence of women of color in the media and to use her modeling career to combat skin color bias.

What Color Skin did you Want When you Grew Up?

‘Kali:’ A Poem on Having Dark Skin

The Importance of Solidarity Between Muslims and Non-Muslim Brown Folks