On Monday, well-known actor and designer Waris Ahluwalia took to Instagram to reveal that he’d been stopped from boarding a plane because of his turban. Ahluwalia, who was on a trip to Mexico, shared a photo of himself and his plane ticket for an Aero Mexico flight back to NYC explained the incident in the caption.

“This morning in Mexico City I was told I could not board my @aeromexico flight to NYC because of my turban. #FearisanOpportunitytoEducate #humanrights #dignity #lovenotfearfight,” he stated in the caption. 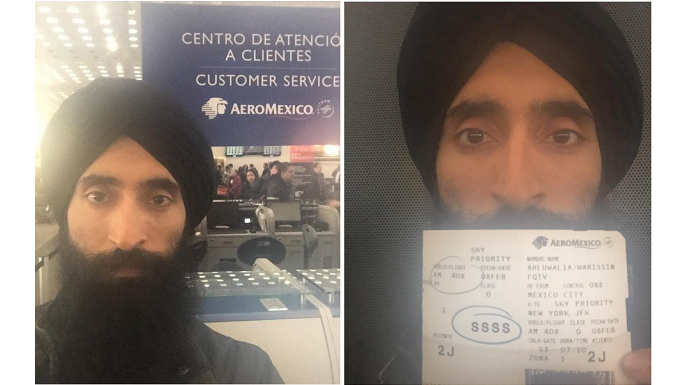 Ahluwalia—actor, designer, and model—gained popularity as Gap’s first Sikh model in 2013. More recently, he appeared in Deepa Mehta’s “Beeba Boys.” Not a stranger to discrimination—his posters from Gap’s 2013 campaign went viral and was even vandalized with racial slurs. In a statement released by The Sikh Coalition, a New York-based civil rights organization, Ahluwalia said the following about the incident:

“I’m a designer. I’m an actor. I’m an American. I was on my way back to New York for fashion week. There is nothing fashionable about having your basic civil rights violated. My turban and beard represent my commitment to equality and justice. If security personnel would like to respond with bigotry and fear then I will take another flight that’s more inclusive.”

Additionally, the actor has demanded a public apology from AeroMexico Airlines as well as a Sikh awareness training for airport security—specifically, training about how to screen passengers with religious headwear. The Sikh Coalition also condemned the incident and backed Ahluwalia’s demands for a public apology and training of security personnel.

“We demand a public apology and training on who Sikhs are and how to screen people with religious headwear for security personnel and AeroMexico officials,” Harsimran Kaur, the Coalition’s Legal Director, said. “Even the U.S. government doesn’t require removal of religious headwear unless travelers trigger an alarm.”

“We have offered the passenger to alternatives to reach his destination as soon as possible,” the AeroMexico spokesperson said. “We sincerely regret any inconvenience caused by this incident.”

Sadly, this is not the first time that a Sikh person has been kicked off of a flight for his appearance. Last month, 53-year-old Rajinderpal Singh Gill, Sikh from Punjab was removed from his China Eastern Airlines flight due “concerns” from the flight crew and passengers. Media reports later said that the airline staff refused to provide Gill with a legitimate answer as to why he was thrown out of the flight.
In another instance two months ago, Shan Anand, a Sikh, along with three other Muslim friends—all young U.S. citizens—were ordered to deplane an American Airlines flight from Toronto to New York based on their perceived race, color, and ethnicity.

Waris Ahluwalia contacted the Sikh Coalition, and together, they devised communications, legal and advocacy plans to address the situation. The nonprofit contacted AeroMexico on Ahluwalia’s behalf, to submit a detailed complaint letter and engage in negotiations with the airline requesting a public apology, Sikh awareness training for airline employees, and training on protocols for screening passengers with religious headwear.

Initially, demands were not accepted and Ahluwalia remained in Mexico City as he continued to speak to the media about, not only the discrimination he has faced but the mistreatment of other minorities and the urgent need to address this social injustice. The story has gone viral spreading across print, TV and radio outlets like CNN, BBC, the New York Times, People Magazine and more.

On Feb. 9, the Sikh Coalition and Ahluwalia received confirmation that AeroMexico had agreed to their demands.

“In addition to publically apologizing for Mr. Ahluwalia’s mistreatment, AeroMexico has issued a directive to its staff regarding the religious significance of the Sikh turban and plans to make a formal request to the TSA and the Mexican government to implement religious and diversity sensitivity training regarding screening of passengers with religious headwear into airport security training curriculum.”

Ahluwalia will finally head back to New York City on Feb. 10, just in time for New York Fashion Week, and this time, he will not be asked to remove his turban during a second screening.

He said he is very grateful for the Sikh Coalition’s unrelenting support and hard work.

“Together we were able to use this opportunity to educate and effect change.”

This is not the end, the Sikh Coalition plans to continue working with the U.S. Transportation Security administration to demand clearer and consistent guidelines for foreign airlines when screening passengers with religious headwear. 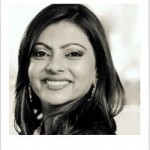