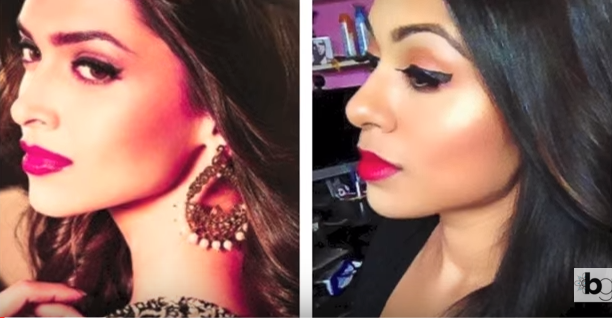 We’ve all been there: one moment we’re watching the “Ek Pal Ka Jeena” music video and then three hours later, we somehow end up on an endless stream of “baby playing with puppy” videos.

From quick and easy makeup tutorials by our very own Sapna Sakaria and Priya Mooky on the Brown Girl Magazine YouTube channel to inspirational videos by our favorite Superwoman, Lilly Singh, here is a list of 10 more Brown YouTubers who will keep you smiling, dancing, uplifted, and informed all day long.

Recently, Jasmeet “JusReign” Singh, 26, a comedian and social commentator has expanded his presence from the computer screen to the big screen, acting in the December 2015 Punjabi film “22g Tussi Ghaint Ho” with pal and frequent video guest star Rupan Bal. He and his friends recently also performed the greatest hits from his parody music album, The Punjabi Christmas Album, live in Brampton, Canada. JusReign, who parodies life as a South Asian/Punjabi in North America through videos on topics like desi parents and health and, of course, arranged marriage, has amassed over 1.1 million likes on Facebook and 660K followers on YouTube. Check out his latest video, “Immigrant Holiday Parties.”

The Kroonerz Project is a Mumbai-based production studio that strives to launch new artists through their YouTube platform, assisting musicians with song and video production to be “visually heard” around the world. Conceived by Mann Taneja and Sahiljeet Singh, you can find high quality, unique covers of today’s greatest Bollywood hits, along with original Hindi singles. Take a look at this brilliant rendition of “Jeena Jeena” from the movie “Badlapur” by featured artists Saurabh Jain and Jivi Kharbanda.

Already having captured the hearts of millions of South Asians overseas, lead singer Sanam Puri and his pop band SANAM are well on their way to becoming the next Indian sensation with their good looks and soulful renditions of Bollywood classics and current hits. Their acoustic version of Arijit Singh’s and Nandini Srikar’s “Duaa” featuring Sanah Moidutty has garnered close to a whopping 8.5 million views on YouTube. If you’re looking for a song to make you melt, we recommend SANAM’s cover of the Lata Mangeshkar classic “Lag Jaa Gale.”

When it comes to makeup, beauty, and fashion, South Asian women are frequently at a loss to find looks that match their ethnicity, lifestyle, or skin tones. Fortunately, Londoner Kaushal M. of the YouTube channel “Kaushal Beauty” presents easy-to-follow makeup and fashion tutorials for every budget, occasion, and sense of style. We love Kaushal Beauty for her ability to incorporate being South Asian in her videos, with tutorials for the perfect sangeet night look or long-lasting Navratri wear. For a simple yet glamorous look for a girl’s night out, follow her instructions here.

Houston-based Vine superstar Liza Koshy finally made her YouTube debut last year and is as hysterical as ever. Her ability to make even the most mundane daily situations, such as shopping in a dollar store, a laughter riot is indeed a talent, and although Koshy has yet to make a video addressing her mixed-race background (she’s half-Indian and half-Caucasian), we’re looking forward to her increasing celebrity-dom through more amusingly unnecessary videos on YouTube. Check out one of our favorites below.

What do you get when you combine the likes of ||Superwoman||, JusReign and Liza Koshy into one man? Kishen Tanna! Amongst his comical takes on interracial dating and filming his mother’s reactions to Internet sensations such as Drake vs. Meek Mill, Tanna encapsulates and parodies life as a South Asian, and as a young man, in the Western world. Click on the video below for some laughs (and to watch/listen to a good-looking British brown guy – LOVE!).

Nabela Noor is a jack-of-all-trades – from sharing easy DIY home décor ideas to makeup hacks to personal stories of living in America as a Muslim woman and as a sufferer of polycystic ovarian syndrome (PCOS), Noor lays down the honest truth to make life simpler and happier. She’s definitely a role model for all brown girls, standing up for social causes and encouraging people to love themselves for who they are, despite their race, size, or background.

One of the most popular South Asian YouTubers to explode onto the beauty blogging scene, Farah Dukhai has continued to help Desi and non-Desi women alike achieve their perfect makeup looks through tutorials and DIY Indian remedies for hair and skin issues. With over 800K subscribers, Dukhai has become one of the foremost viral experts on brown girl beauty. If you want to know how to imitate the looks of your favorite Bollywood actresses or Hollywood celebrities, Dukhai has got you covered in that category, as well. To complement our obsession with the recent Bollywood blockbuster “Bajirao Mastani,” follow Dukhai’s guide here and get Deepika’s look.

In 2013, Rahat Hossain, or more commonly known on YouTube as MagicofRahat, became a media sensation with his viral video “Drive Thru Invisible Driver Prank” and since then, is one of the very few South Asians to explore the realm of comedic magic. A “magical prankster,” Hossain has delighted his 4+ million subscribers and viewers with his hilarious pranks that make you wonder just how he does it.

We just can’t get enough of Indian-American singer Vidya. Who would think to mash up “Sorry” by Justin Bieber and the Tamil song “Kandukondain Kandukondain”? Vidya outdoes herself with each video she releases, creating ingenious fusions of English, Hindi, and Tamil songs and weaving together multiple cultures with her melodic voice. With frequent collaborations with famed music producer Shankar Tucker, we’re looking forward to more mixes by this talented artist. The video below will be an unexpected treat to your ears!

Comment below and let us know who your favorite South Asian Youtuber is!

The Enchanting World Of Pageantry

5 Tips on How to Create a Bedroom of Your Dreams

‘The Mindy Project’ Recap of Season 4 Episode 1: ‘While I Was Sleeping’