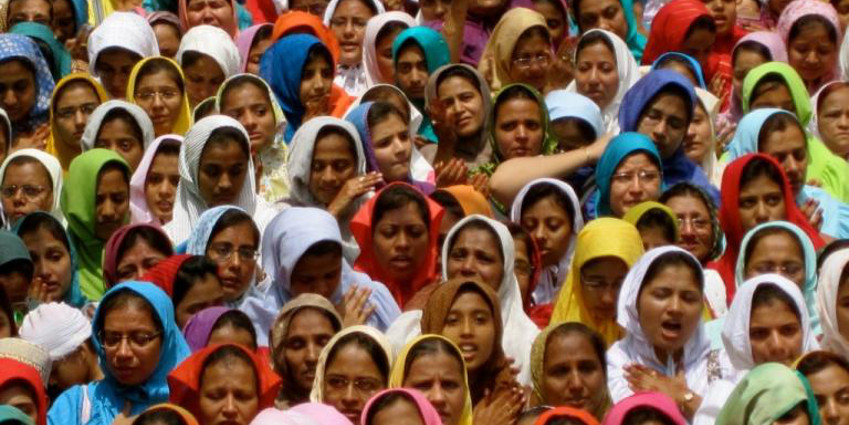 What I’m about to tell you is a secret—or, at least, it was intended to be a secret. Now, more and more women are speaking up about it. They’re risking alienation from their families and religious communities in order to do so. It needs to happen because speaking up about the practice of female genital cutting is the only way it will ever stop happening.

On December 1, 2015, for the first time, 16 women publicly signed a petition calling for the Ministers of Women and Child Development, Law and Justice, and Health and Family Welfare, to pass a law banning the practice of female genital cutting (FGC) in India. Since it started, the petition has received close to 20,000 signatures.

The World Health Organization considers FGC to be a violation of women’s rights. Yet, within India, the Dawoodi Bohras are the most well-known for practicing female genital cutting—otherwise known to the community as khatna. The practice involves removing a small sliver of skin from the prepuce of the clitoris and is often performed on girls around the age of seven. The World Health Organization reports that an estimated 90% of cases include Types 1 or 11 and cases where genitals are “nicked” but no flesh removed (Type 4), and about 10 percent are Type 3.

In general, the practice is carried down from mother to daughter, with usually no involvement from the male members of the family. The ritual was traditionally carried out by midwives but mothers and grandmothers now also take girls to hospitals or clinics, particularly in the bigger cities.

The reasons behind the practice are varied and complex—different groups give different reasons for its continuation. However, the overarching idea behind its continuation is that it preserves the cultural identity of the group. Various justifications are given to why this preservation is needed—such as to control a woman’s sexuality by reducing her ability to obtain sexual fulfillment, which helps maintains the purity of a woman by keeping her a virgin until marriage and faithful to her husband once married.

For the Dawoodi Bohras, the custom is considered a religious requirement. Often, social pressure by family and friends also create an environment in which the practice becomes an informal or formal requirement for social acceptance, and/or is a marriageability requirement.

[Read Related: “Growing Up In The Dawoodi Bohra Muslim Community of Shia Islam“]

The above petition signed by 17 women is not the first time in which a petition has been started by a member of the Dawoodi Bohra community calling for an end to the practice. In 2011, a woman who went by the pseudonym of Tasleem started a petition calling on the then Dai (the community’s spiritual head), Syedna Burhanuddin, to end the practice. The petition was ignored by the religious clergy and the following statement was given by the Dai’s community spokesperson, Qureshi Raghib:

“I have heard about the online campaign but Bohra women should understand that our religion advocates the procedure and they should follow it without any argument.”

Over the years, there have been various attempts by Dawoodi Bohra women around the world to speak out against female genital cutting and to call for an end to this practice. One of the first studies that I am aware of regarding the practice of FGC in the Dawoodi Bohra community is “All for ‘Izzat’: The Practice of Female Circumcision Among Bohra Muslims in India.” This small case study documenting the practice was done in 1994 by Rehana Ghadially.

In the last few years, other voices have called for action through articles in magazines, other publications, and blogs by survivors of khatna as well as their supporters. In fact, I have also written about my own experience for the Imagining Equality Project. This tradition does not just happen within Dawoodi Bohras in India, but also to diaspora groups of Dawoodi Bohras that now reside worldwide. For example, Australia recently tried their first case of female genital cutting within the Bohra community there.

There are many other ethnic, religious, and cultural communities worldwide that still follow this tradition as well. In 2015, the Population Reference Bureau even reported that in the United States, half a million women and girls are at risk of undergoing this practice. The practice is now found in nearly every country in the world, and Equality Now reports that FGC has been found to occur in Africa, the Middle East, Asia, Australia, Latin America, New Zealand, North America and Western Europe.

It is only in the last few years that the true pervasiveness of this practice has begun to be recognized around the globe—and yet, this is a huge accomplishment. The Change.org petition begun by the 16 signatories of the petition is a big step forward in recognizing that khatna is, in fact, the same as female genital cutting—and that it too should be banned. This khatna does indeed cause physical as well as emotional harm, and can be traumatic for young girls who are too young to understand what is happening to them or to be able to give consent.

We congratulate these 16 women for stepping forward, and I hope that others reading this article will take a minute of their time to sign their petition and encourage the Indian Government to pay attention to this form of gender violence.