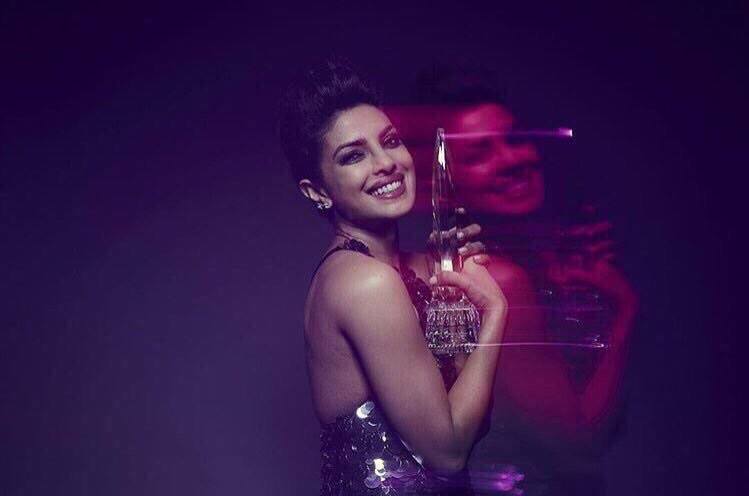 It’s confirmed: Priyanka Chopra has not only triumphed over Bollywood but Hollywood as well, officially.

Last night, Chopra bagged her first People’s Choice Award, not to mention the only Indian to do so, as Favorite Actress in a New Television Series for her role as FBI agent, Alex Parrish, in ABC’s thriller “Quantico”!

Receiving this award marks the appreciation she deserves from not only South Asian Americans but all of America.

“I’d like to thank everyone who voted for ‘Quantico.’ My first year in America and to come to another country and to actually get this kind of acceptance is, I guess, what America is all about so thank you all for accepting me.”

In addition to winning an award, PC also presented the award for Favorite Movie alongside yesteryear hunk, “Full House’s”John Stamos.

From what started as winning the title of Miss World in 2000, she proves once again that she can do it all!

May we add, she looked absolutely flawless in her dazzling Vera Wang dress (yes, even while standing next to Stamos).

I am so fortunate!Thank U to everyone who voted for me at the #PCAs! My #PCManiacs-I am nothing without you!Big love pic.twitter.com/Omg31wG7oa

Seeing South Asian leads is (finally) becoming a norm in America. It looks like Aziz Ansari’s dream of seeing more than one brown person in a show or film will come true sooner than later.