I was six years old when Baba and Mamma moved from India to America. When they arrived here, my mother realized that she was less restricted—she had no extended family to answer to, more control over her time, and the independence to focus on her career and kid.

Through the sheer will and cosmic energy that my mother is made up of, she got both of us back to our two-by-one apartment in America. Once I was back, I was admitted into a predominantly white elementary school where I would study for merely two years. Throughout my time there, my accent, the way my food smelled, the cotton skirts I wore (which you can now find selling at Urban Outfitters, by the way), and my frizzy hair, were all made fun of by my white and non-Black peers.

I remember feeling as if I was walking backward, not really part of this but not really living there. My white peers’ teasing and taunting served to draw the white circle around me, dividing me from the rest—the ones whose tongues did not betray their ethnicity, the ones whose food did not smell ‘ethnic’ (and did not smell at all, in fact), the ones who had molded into the perfect preservative-filled Lunchables brown bag that would neither draw attention to, nor deny, the rightful presence of its consumer.

Although many of my fellow immigrant-born and immigrant-descended peers had shrugged off the identity their parents had come to America with, I could not do the same. Perhaps I was disenchanted with the idea of giving into a colorless melting pot that bubbled happily when we crushed one another while we all sought the same things and struggled to reach for liberty, a chance at happiness, a dignified life.

Perhaps it was because I went to India looking for a sense of myself, and having not found it, I came back still seeking. Perhaps, I was clutching onto something, in the deep haze and limited vision of adolescence, that I yearned to unfold.

Perhaps I wished for someone to read my secrets, my desires, and silences and nourish me with the warm space of protection and stability that so many immigrant children often starve for.

Though this bullying continued throughout my sixth-grade education, I never allowed it to affect me. I was too busy with my silences, with what I had seen and wanted to understand. There were so many faces that floated up, within my grasp, but never stayed long enough to tell their stories. There were so many questions I wanted to ask but had no words to create. My face was forever turned in the other direction, seeing something else, so that even when I came home, even after the worst days, I would not tell Mamma about the way the kids laughed and jeered at me.

Looking back to that time, I think I had a deep awareness of the way my life was shifting from one world into another, and how it would continue molding itself to the jolting back and forth of a third space. I knew that my peers were only distractions for the work I had to do in myself, and this work was neither optional nor suggestive. I knew this self-investment would ensure my survival in this world. I remember thinking that the meanness in my peers urged them to reflect that toxicity towards me.

[Read Related: What it Means to be a First Generation Desi——From the Lens of a Half-Indian, Half-Irish Woman]

Forgiveness came easily then because I knew that I was strong enough to deal with the bullying on my own, and I honestly felt bad for the bullies, for they had to live with their attitudes, not me. Perhaps that’s why I never allowed that bullying to stick to me. I came home, untouched, not even giving the day’s events a second thought, knowing that my energy had more important work to do.

Yet, as I grew up and dug more and more into my silences, the consciousness in me bloomed with anger, pain, and sorrow. Perhaps, as a child, I was forgiving because I did not know what it meant to be teased for the smell of my food or the frizz of my hair. I did not understand that my white peers were slowly fulfilling the expectations that white supremacy had of them. When I looked at them, I felt pity, because they spent so much of their energy trying to make me feel bad and never received the reaction they worked so hard for.

Now, when I see similar minded folks, such as people who spew hate, I feel fear because I see the more manifested, uglier institutions that reward and encourage them to continue thinking, acting, and behaving as they do. Yet, that little girl still exists in me today and is still holding onto her secrets and inked words, not knowing where to reach for safety.

Nowadays, I come home so tired that I cannot even speak. Sometimes it feels like I know too much about the world and where I stand within it. Other days, I feel empty, ignorant of so much more, of so many others and their folded up pages, their unsaid truths. I wish to be as untouched and carefree, deeply invested in my truths rather than resisting the lies of another, as I once was.

In this time and age, when South Asian folks are learning more and more about what their skin color, gender, sexual orientation, caste, and class means in relation to this society, as well as how we benefit and suffer from ugly institutions, it is increasingly difficult to be carefree—or to even understand the meaning of ‘being carefree’—and actually practice it to survive, thrive, and strengthen our, and other, colored communities.

Here is my [ever expanding] set of definitions on what it means to be carefree, and I urge you—whomever you are, who has taken the minute to read this—to also come up with your set of Carefreeisms:

….Means to not have to worry about what caste, class, gender, religion or race your lover is

Means to be comfortable in a space you occupy

Means to sing in the rain after classes, on your way back home

Means loving and growing with your brown, black, and white sisters rather than seeing them as competition

Because to be carefree is to be revolutionary

To be carefree is resistance. 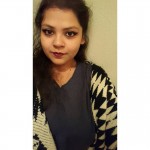 Ena Ganguly is a student at UT-Austin. In her spare time, she likes to cook daal, terrorize her roommate’s cat, and read poetry.