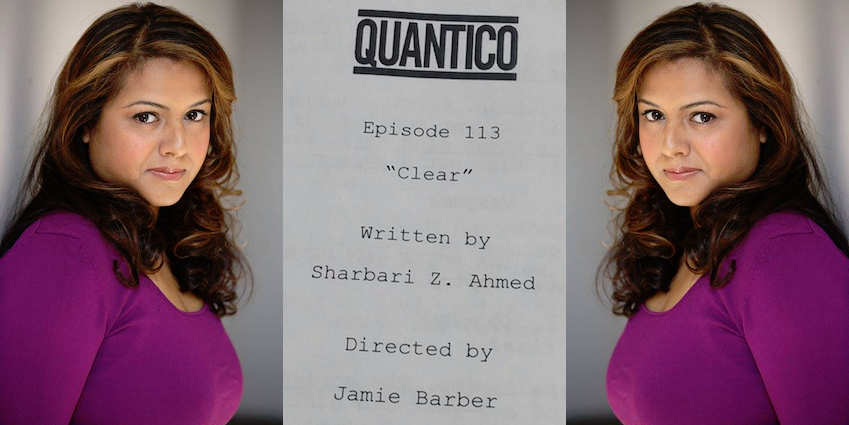 With “Quantico’s” winter finale just past us, we can’t help but feel a void in our lives. So, we want to celebrate the show’s 11-episode success and two People’s Choice Awards nominations by highlighting Sharbari Ahmed, a co-writer of episode eight, “Over,” which saw 4.20 million viewers, and solo writer of next year’s episode, “Clear.”

In 2003, Ahmed wrote, produced, and starred in her first play, Raisins not Virgins. Her screenplay adaptation of “Raisins not Virgins” was selected for the Tribeca All Access program at the Tribeca Film Festival in 2008. She is the author of a novel, “Bombay Duck” and a collection of short stories, “The Ocean of Mrs. Nagai.”

She holds an MA in creative writing from New York University and lives in Connecticut with her son.

Read on to learn more about the immensely talented Ahmed in our “Fast Five Interview” series, which introduces budding artists/activists to the Brown Girl community.

1. Tell us about writing “Quantico” episode “Over”? What was the experience like?

Everyone on the writing staff writes or co-writes at least one episode.The showrunner, Josh Safran, assigns the episodes. I co-wrote my first one—Episode 8, ‘Over’—with Justin Brenneman, another writer on staff. The latest one, Episode 13, I am getting solo credit on.  It’s very exciting! It was a marathon writing session to get Episode 13 out in time.  I’ve learned so much in the process.

[Read Related: Sh*t Hits the Fan in the Latest Episode of ‘Quantico’(Episode 8)] 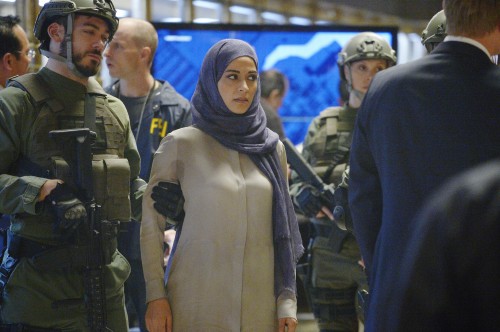 2. What are you hoping to gain from this experience and past writing experiences? What do you hope the audience gains from your writing?

It’s always about honing my craft. Coming from primarily a fiction background, being in this new medium is helping me evolve as a writer and as a person.

I hope, in the case of ‘Quantico,’ people are entertained as much as possible and enjoy the diverse cast and storylines. As for my writing in general, I want to move people, cause emotions and stirrings and hauntings—what all writers essentially want.

3. Can you describe the South Asian representation among screenwriters today?

Well, there aren’t very many South Asians in writer’s rooms in the U.S.  Of course there are shows like ‘The Mindy Project,” with Mindy Kaling at the helm, and the much lauded ‘Master of None’ with Aziz Ansari, which I am so excited to see once I get some time.

I hear Nisha Ganatra is developing a new sitcom with an Indian protagonist ala ‘Fresh off the Boat,’ so things are definitely happening.  But it’s still slow going.  We are not as mainstream as desis are in the U.K. As for screenwriting, I think we are still very much a rarity.

On the indie circuit, there are more South Asian screenwriters, but you don’t see that many of us writing that summer blockbuster.

And then being a woman, well that’s yet another wrinkle.  As desis, we are already so underrepresented and then being a desi, we are practically invisible.

[Read Related: ‘Quantico’ Continues to Leave Audience Wondering ‘Who Did it?’ (Episode 9)]

Everything inspires me. Inspiration is everywhere at all times. It’s about whether or not I am open to it or seeing it. Maturation, experience and sometimes heartbreak helps a writer to truly see.  My process depends on what I am working on. ‘Quantico’ is a straight up job. It comes with specific directives, deadlines, deliverables and we have hours of operation at work just like any job—and then, of course, we take it home as well.

So, for ‘Quantico,’ the process is in place.  When I am working on a short story or my novel, I also treat it like a job and try to write every day for at least three hours, or up to 1100 words. John Updike said that’s what writers should aim for and feel satisfied that they have done an honest day’s work. 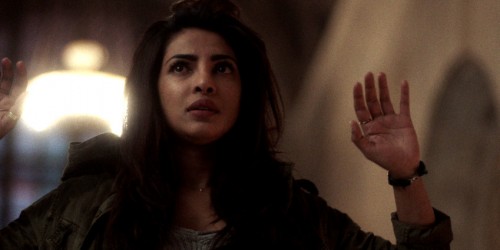 5. Describe what your dream project would be.

I would like to turn my novel, set in 1940’s Calcutta, into a limited series. It has everything, romance—both the human kind, and  the location and time period also lends itself to romance—as well as the cost of war, race politics, the end of the mighty Raj and powerful (Brown) female protagonists.

I saw ‘Indian Summers’ this fall and thought, ‘okay, there is a market for this era and this subject!’ I also have two short stories—both published—that I can see as films. So, right now, my dream projects involve expanding what I have already written in one medium into another.

We look forward to watching more of Ahmed’s episodes! Stay tuned for our weekly reviews and live Twitter feeds, which will resume on March 6 when the show returns for its midseason premiere.

Reinventing the Panchakanya Women Through Bharatanatyam

Bollywood Actress Taapsee Pannu Talks the ‘Soorma’ Within Her