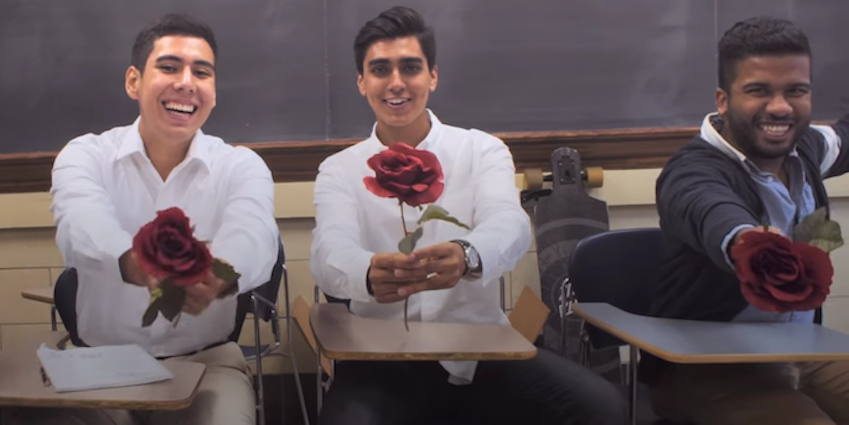 It’s hard to believe almost 30 years have passed since Shah Rukh Khan made his on-screen debut in the Hindi television series “Fauji.” Today, Khan has appeared in more than 80 Bollywood films, and it’s hard to find anyone—South Asian or not—who isn’t familiar with his work.

On November 2, the acclaimed actor will celebrate his 50th birthday, and a group of singers from Illinois known as Chai Town paid a special tribute to the Bollywood legend. The group has filmed a music video honoring some of SRK’s greatest hits and iconic films.

Chai Town member Ajie Mathew said the entire video is shot from a first-person point of view, so viewers can immerse themselves in the action of their favorite SRK scenes.

“Fans can expect some beautiful views of the University of Illinois, a $125,000 sports car and a lot of Chai Town guys hiding in plain sight as famous SRK movie characters,” Mathew said.

The video is set to debut on Khan’s birthday, November 2.

Mathew said as a South Asian music group, the actor has served as an inspiration to all of the members. In the video, they try to embody his energy and passion for performance on stage.

“We all grew up watching his classics and tried mimicking his dance moves in our living rooms,” Mathew confessed. “If it weren’t for his music and his viral role in Bollywood cinema, Chai Town couldn’t exist.”

For those unfamiliar with a capella, it means singing unaccompanied by any musical instruments. The style has been recently popularized by hit movies like “Pitch Perfect,” and South Asian group, Penn Masala.

Chai Town has taken on songs in both English and Hindi, from the latest Bollywood hits to catchy Justin Bieber tunes. Mathew said this has allowed them to introduce Indian music and culture to diverse audiences.

“Through our a cappella arrangements, we believe we are bringing that culture to a new generation of Indians all over the world,” he said. “Fusing a cappella with Bollywood music has allowed us to use our talents to promote our culture to a wide variety of listeners.”

The group was founded by two students in 2000 as a last-minute addition to a talent competition at the at the University of Illinois at Urbana-Champaign. Fifteen years later, Chai Town has grown to 14 members, gaining fans from around the world and millions of views on YouTube. 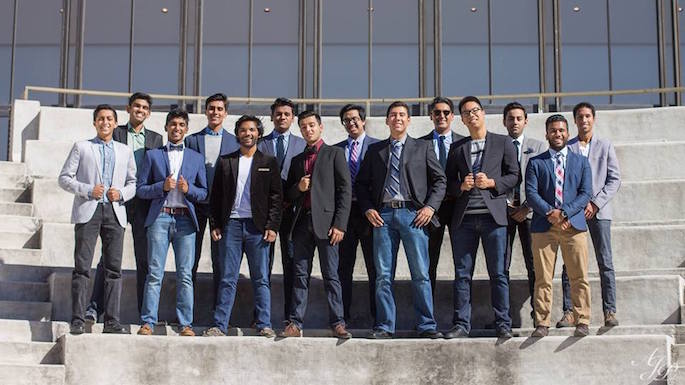 From deep baritones to high tenors, Mathew said each singer plays a specific role in creating the group’s sound.

“Each of us has a unique voice,” he explained. “However, we practice 10 hours a week to create the blend and seamlessness that defines a cappella music. Each member contributes his sound so that in a performance, you don’t hear 14 guys singing. You hear one, powerful wall of sound.”

With the SRK project under their belt, Mathew said the group is focused on recording new tracks for their next studio album, and he hopes to reach even more listeners.

“Our peers have widely accepted our music as we are recognized as one of the nation’s premiere South Asian a cappella groups,” Mathew said. “As for older audiences, we are constantly being invited to galas, weddings, and various professional receptions to perform. Our style of music truly transcends gender, age, and ethnicity.”