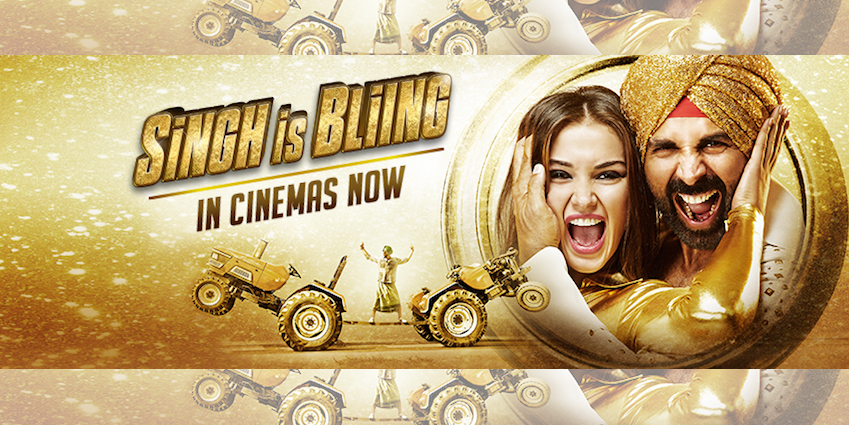 Akshay Kumar has hit the jackpot once again with his latest, “Singh is Bliing.” Ruling the box office has become the norm for Kumar, but so is sparking controversy.

After the “unbuttoning” incident back in 2009—when Kumar prompted his wife Twinkle Khanna to unbutton the top button of his jeans at a live fashion show—controversy strikes again involving Singh’s latest movie “Singh is Bliing.”

Directed by South Indian star Prabhudeva, the film is centered around the protagonist, Raftaar Singh, who has been enlisted to be the bodyguard to the jaw-droppingly gorgeous Sara (Amy Jackson).

Kumar, who plays a Sikh in the film, has struck a bad chord with various Sikh organizations in Punjab. Two scenes, in particular, seem to have the Sikhs miffed—coincidentally both scenes can be viewed in the trailer below.

One of the two portions within the trailer causing the upheaval within the Sikh community was actually part of the film’s climax when Kumar used his Kada as a weapon to stab his enemies. In Sikhism, the Kada is a symbolism of the attachment to God. The other scene in question shows Kumar’s turban on fire. The turban, signifying devotion, dedication, and self-respect, is a major symbol of Sikhs around the world; therefore, seeing it burn on the big screen did not set well with many.

In order to douse (pun intended) the situation, Kumar himself invited many members of the Sikh community to join him to view the movie and discuss their concerns.

“I’ve taken care of all things that I had not done during ‘Singh is Kinng.’ I don’t want to show anything that would hurt the Sikh community or any other Indian community, like they were during ‘Singh is Kinng’—I had said ‘sorry’ then as well. This time, I had one person from the committee keep a check on the movie,” Kumar said.