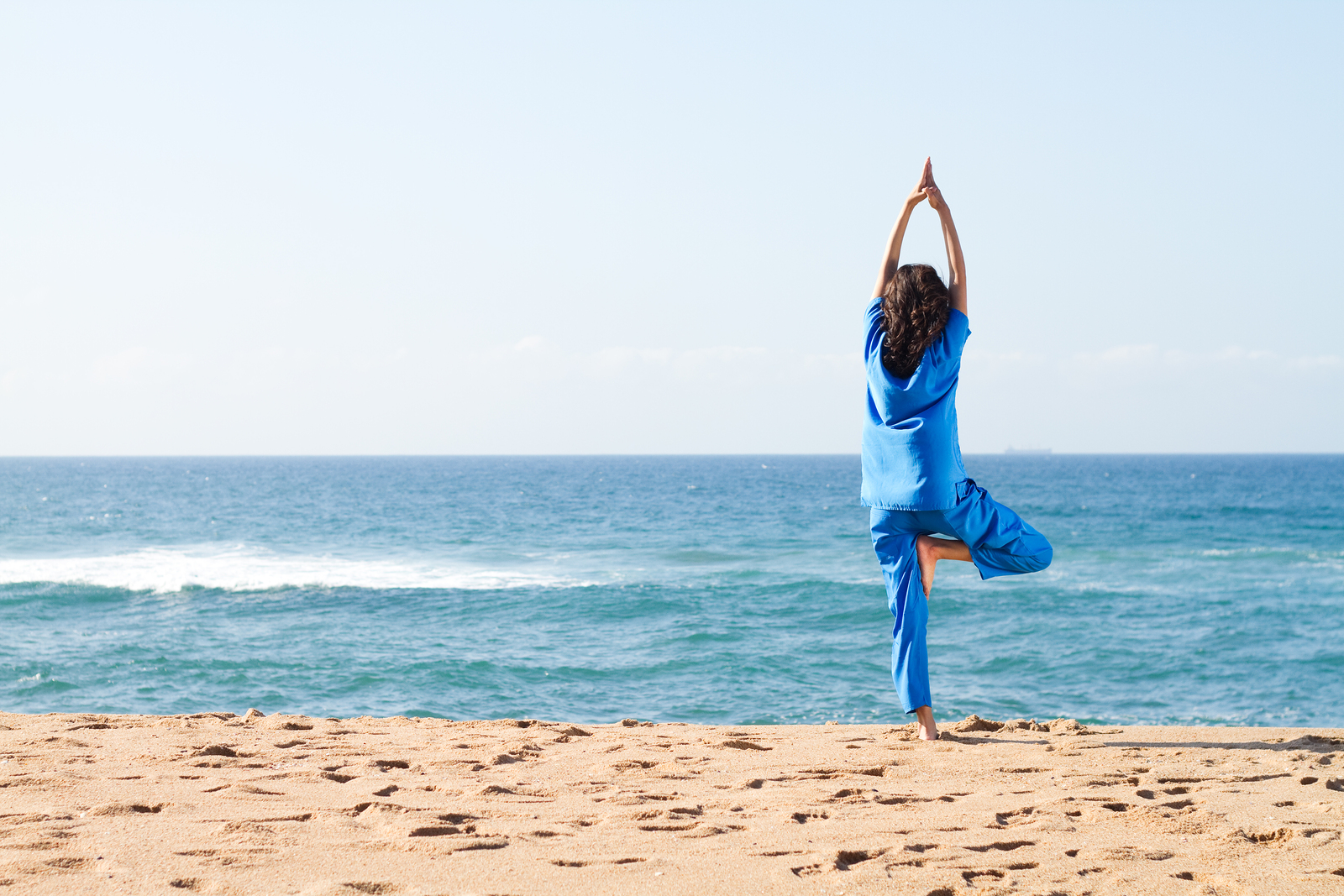 The tanned, stick-skinny teacher tells us to place a block between our mats.

“That’s how much space you actually need between you and your neighbors,” she said. “We’ll show you how to modify to stay within the space on your mat.”

I had gotten used to this drill. This teacher was the owner of a popular studio. She was the picture of every female-small-business-owner I had ever met: type-A, fast talking, quick to walk away, interrupted clients often, and made little-prolonged eye contact unless she was chastising.

After a few weeks at this studio, I switched to a new one, taking advantage of a city (New York City) with a yoga studio every few blocks.

The next studio I tried was owned by a small black woman with a wide, generous smile. While I never went to a class taught by her, I knew what she looked like because her image and name were on all the marketing material related to the studio. In fact, as I looked around the yoga center, I noted a giant, floor-to-ceiling mural with the founder of the studio in the center, floating in a yoga pose to symbolize her other-worldly yogi qualities.

The background included her two small dogs floating with several Hindu gods, most notably Ganesh. As a non-Hindu of Indian descent, the imagery of Hindu gods is familiar and carries similar significance to images of Jesus, or nativity scenes. My jaw dropped. I was livid. How dare a studio consider its founder as holy as the figures of a major world religion? How dare she elevate her dogs to the same status of the Hindu gods, from which she draws financial gain?

I walked out of that studio, vented to friends and never went back.

The last studio I tried was while living in a much smaller city than New York. The lighting was dim and there were only five students in the class. As the class progressed, the white instructor attempted to explain Hinduism—or, as she called it, “Hindu mythologies” and “stories.” She sprinkled Sanskrit words for the positions as she attempted to explain the meaning—her interpretation of the meaning—behind the poses, perhaps attempting to validate her position as a white teacher of a brown practice.

She did not, however, explain how to get into and out of these positions. She spoke much but instructed little, prioritizing her position as an expert of Hinduism rather than teaching yoga. I filed her away in my mental folder of, “white women who try to teach brownness to brown women” and refused to go back again.

I wrote to my friend in a postcard, “All I want is a yoga studio that doesn’t enrage me.”

In another recent travel experience, I visited yoga studios in several cities across the country. I went to suggested-donation classes led by women of color. I found that while I may have left those classes with some critiques, I did not feel like the continent (India) I came from was being actively robbed, rebranded and commercialized, while practicing.

I had little hope. Are there yoga studios that do not actively use cultural appropriation to make money? Where the instructors are trying to do better? Where their marketing platform does not include an ego-driven elevation of individuals (and their dogs)? A studio where the students actually converse with the teachers, where the teachers care about the students? A place where the multi-faceted components of yoga are not summarized in a search for the perfect butt?

When I came back to New York, I searched. I found out that a new yoga studio was opening within a few blocks of my home. At my first class at this studio, the other students and instructor were black women.

This studio stands in contrast to many others, which are dominated by white women. In the last few months, the presence and leadership of women of color in this studio have been refreshing but has also opened a space in which I can be more honest. In this space, we’ve had conversations about the use of Sanskrit in class, anti-racist organizing related to Mike Brown and Eric Garner, and how we can contribute to a yoga practice that does not fall into the trappings of the yoga establishment.

I think I’ve found it.

I think I’ve found a studio that does not enrage me, but helps support a struggle for justice. I’m looking forward to this new studio becoming a staple in the neighborhood and catering to the needs of the predominantly black community it serves. My guard might always be up, but I’m more than cautiously optimistic.

Mary Ann Thomas is a New Jersey-based travel nurse, who biked across the country last year. Since returning from her bike trip, she has worked in various Intensive Care Units in New York City and is able to integrate her love of travel with her love of patients. As a Brown Girl bicyclist and traveler, she consistently undermines stereotypes about both bicyclists and travelers alike, and she is currently working on writing stories about her adventures.