Over the past few days, the internet faced chaos, thanks to the short film, “My Choice.” The film, directed by Homi Adajania, is part of Vogue’s empower women campaign, featuring Deepika Padukone. If you haven’t seen the two-minute-34-second video yet, just click below.

[Read Related: Deepika Padukone Opens up About her Battle with Depression on Television]

But beware, people are split over the film worse than the infamous white/gold or blue/black dress that made its round on social media and beyond.

The film #MyChoice, seen more than 6 million times since its release on YouTube last week comes with supporters and opponents, but the dialogue across both are unlimited.

On the long list of opposers, one is also Bollywood actress Sonakshi Sinha, who admits to not having watched the video yet, but freely shares her opinion:

“I haven’t watched the video, but I know about the thought behind it that is women empowerment… it comes from a good space but honestly I believe empowerment should be given to those women who need it, far away from where we are right now. “I also feel that it is not always about who you want to have sex with and the kind of clothes you wear. It is about employment, strength and stuff like that. So it is a good initiative but I think it needs to reach out to people who actually need it, the deep ends of society.”

Here is the jist of all the opposing arguments:

I cannot say anything about Vogue or Padukone’s motives and it is important to remain skeptical about these types of campaigns, keeping an eye towards the policies that these companies espouse. However, that is also not a good enough reason to entirely dismiss the film.

As a feminist who believes it is imperative for media companies and filmmakers to revisit their conceptions of beauty, particularly body size, I see how problematic this effort may seem. However, I haven’t heard anyone comment on the media’s on-going conceptions of beauty or challenge the organization’s disposition on body size, instead I mainly hear personalized attacks from people who don’t like the Bollywood actress.

On the touchy and taboo subject of marriage, Padukone bravely states in the video:

For those worried about women having extramarital sex, your concerns are easy to understand but realizing a woman’s tough position in Indian society may explain why this point was important to make by Padukone.

India is a country where a woman’s life is threatened for falling in love with a person of her choice or deciding to end her marriage, and most definitely for having sex outside of marriage. I can’t defend the statement or say for sure that Vogue was trying to encourage women to do any of the above, but it’s easier and more common for a man to have sex before or outside of marriage without facing the same stigma and penalizations.

On the other hand, the notion that the film imposes women’s dominance over men is absurd. These ideas are based on the premise that women have achieved equality and they are trying to subordinate men. Seriously? Do you really think so, bro? Women in many parts of the country are left without

Women in many parts of the country are left without basic human rights and stay subordinate to the men in their lives. But this film openly acknowledges that, yes, women do have a choice. Is it that hard to accept?

Yes, the film is controversial, but that was the intention because women have lived in patriarchal societies for centuries and it’s time we uproot those old-age mentalities. And with or without this film, Indian women will still face inequality. We don’t need to go too far back in history to see this to be true. Just read about the rape that happened last week, the week before that, or the week before that.

I would argue that the main problem opposers have with the film is its disposition on sex. The real outrage is due to the fact that an Indian woman is boldly speaking about women’s bodies.

How dare a woman jeopardize her family’s honor by publicly speaking about her body? But the circumstances in which women are denied rights on their bodies, particularly through rape, makes this discussion even more pertinent.

The backlash against this film asks a few basic questions: How dare women claim rights on her own body? A right over our ability to feel pleasure and have children? Because a women’s bodies were and are a man’s territory.

South Asian women shied away from claiming their basic human rights for far too long, and now that Padukone and her team of 98 women are fighting for it, many are standing against it, either saying it doesn’t cater to the everyday-Indian-woman or saying it’s too bold.

The final argument made by the opponents admits defeat without suggesting improvements for women by labeling the film as “irrelevant.” I agree that this type of empowerment is ahead of the game—the backlash against this film clearly shows that all Indians are not ready to accept women’s choices. If Indian husbands are unwilling to recognize their wives as decision makers outside of the kitchen then this point itself exhibits why the film is a must-see.

“My Choice” is by no means a perfect film. It expresses some convoluted messages that fail to clearly impart key issues. After all, it isn’t a group of gender theorists or feminist researchers composing the film, rather commercial producers and we should be skeptical of their motives.

Nevertheless, it shares a significant message and acknowledges women’s right over their bodies. This is a core issue within Indians today, and relevant to women worldwide, given the global eminence of rape culture.

Women should have a choice, and if they don’t, it’s time to fight for it. 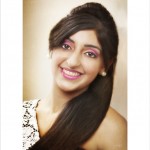 Rishma Johal graduated from Simon Fraser University with a M.A. in Gender, Sexuality and Women’s Studies, and B.A. in History. Rishma is an anti-racist feminist as well as an advocate for intersectionality and social justice. Her research is aimed at enacting social change as is her photography and video work. Rishma has also hosted television programs, radio shows, live events, and presented at numerous conferences. She loves dancing, has a knack for acting and is a complete Bollywood fanatic!