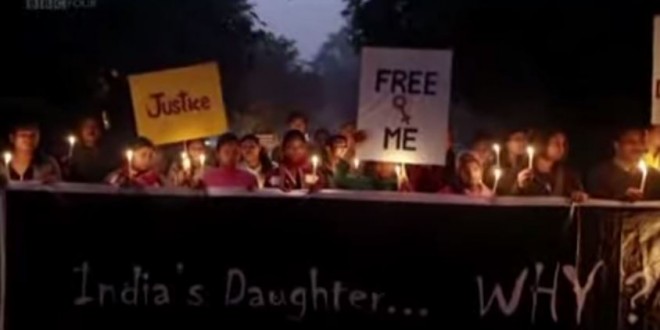 Mukesh Singh, a bus driver convicted of raping 23-year-old Jyoti Singh (coined Nirbhaya for her bravery) in Delhi in 2012, gave more than 16 hours of interviews for the BBC Four documentary, “India’s Daughter.”

The documentary, by British filmmaker Leslee Udwin, was due to broadcast in the U.K., India and seven other countries on March 8, celebrated as International Women’s Day. The film delves into the minds of the rapists behind the gang rape and eventual death of Nirbhaya, with commentary from the parents of all sides of the case.

On Wed. March 4, the Indian Parliament banned “India’s Daughter,” after the Ministry of Information and Broadcasting issued a warning the day before, advising against the screening of the film.

What caused India’s government to ban the documentary that saw an outpouring of attention on social media platforms and media outlets? One would think it would be the lack of remorse and callousness with which Singh portrays the violent rape and murder of a young woman. And one would think the outrage would be that many men in India are like Singh and hold his words to be true.

Guess again, because it was none of the above.

Apparently, India’s Home Minister Rahnath Singh was “hurt” when he heard about the documentary. It seems as though, it is more important for India’s government to investigate the circumstances under which Udwin was able to conduct the interviews with prisoners than to allow the documentary to air.

Clearly, the Indian government was outraged, citing the documentary as inflammatory. The Parliamentary Affairs Minister M. Venkaiah Naidu said it was a “conspiracy to defame India.”

And I don’t see why anyone is surprised that the Indian government has responded in this manner. The izzat (honor) of the nation is more important than shedding light on the horrific nature of a deeply patriarchal society, where women were once considered property by law.

Before we solely start pointing fingers at the Indian government, let’s consider looking into other inherently powerful, male-dominated institutions that have done their best to cover up issues of sexual assault and violence against women perpetrated by their members.

How many times have we watched such institutions and their members sit in silence knowing these acts are carried out wrongfully? I hate to say it, but having recently graduated from college and

having worked in the space of sexual assault in New York City, it is no different here.

The Indian government’s reaction to this documentary is predictable, but it is still nonetheless outrageous and disgusting. Women’s empowerment can only work if the top most powerful institutions are changed, restructured and gives space for the advancement of women in India.

The hour-long documentary “India’s Daughter” is shedding light on the epidemic rape culture in India and for that reason alone it should be screened worldwide.

Singh, who is currently on death row, said he feels his sentence is unfair and too harsh because it is particularly not common for most rape cases, and, therefore, it will incite rapists to kill their victims instead of letting them live. At present, he is in the process of appealing his death sentence along with three of the other attackers.

“Now when they rape, they won’t leave the girl like we did,” Singh said during BBC Four’s documentary. “They will kill her. Before, they would rape and say, ‘Leave her, she won’t tell anyone.’ Now when they rape, especially the criminal types, they will just kill the girl. Death.”

And don’t forget, at the focal point of this controversy and worldwide outrage is a young medical student, who is dead because she committed “the crime” of going to see the movie “Life of Pi” with a male friend.

The ripple effect of Nirbhaya’s gruesome rape resonates with how Indian women feel about their safety, worth and actions. Having followed Nirbhaya’s case since the beginning of December 2012, it is only recently that I understand how her story affects modern day Indian women living the Diaspora.

As an Indian-born American who was primarily raised in the U.S., visiting India was only a vacation to visit family. On one particular trip, when I was 11-years-old, I remember being told not to wear a skirt outside or shorts. And then on another trip back home, when I was 16-years-old, my family was visiting a tourist location in Jaipur, where my mom stopped my dad and I from going into a more secluded area because she saw a group of young men following us.

It was then I understood my dad could not protect me from a group of men like Singh and his friends. But I could not fathom how my outfit and outward appearance could spark such violent acts.

In 2011, a year before the Nirbhaya’s gang rape, I lived in Mumbai for more than three months, conducting research for my undergraduate thesis. One of the last things I remember my dad telling me was to not get into an elevator alone with a bunch of men.

While working on the outskirts of Mumbai as a 20-year-old, I was not allowed to go unaccompanied without a male member of the organization I was partnering with.

At that time, even though rape and sexual assault did not make international headlines, there were constant whispers of cautiousness and fear near the train station, where I would conduct my weekly fieldwork. I understood the concern, but again, I did not quite relate to the fear.

Three years later, now when I go back to India, I finally have a full grasp of the fear. I also know I will be going back to an India that believes my existence is “not worth enough,” and that my actions are up for judge and jury from any and all men I see on the street.

When my dad quietly, but firmly tells my mom and I we should not take a vacation (as two women) to Kerala in the off-season, I do not laugh it off or call him over-protective. I know he is speaking truths that are horrible to imagine, but have been the forefront of media attention for the past few years.

“India’s Daughter” is shedding light on true events, processes and ideologies that permeate throughout India. But some have criticized “India’s Daughter,” saying it is too focused on Singh’s story and that of the rapists’ misogynistic lawyers, M.L. Sharma and A.P. Singh.

A.P. Singh stands by his previous comments made during the beginning of Nirbhaya’s case, saying he would burn his sister or daughter if she went outside in the evening like Nirbhaya had that fateful night.

Sharma adds to the warped statement during the documentary, saying “A woman is like a diamond. If you leave her on the street, the dogs will come and take her.”

Others have said it adds dramatics that are not necessary to increase the story’s impact. But despite whatever issues people have with the cinematography and controversial choice of interviews, let’s look past the documentary’s “shame on India,” to see this film for what it is: truth-telling, not keeping silent and giving a platform for a story to be shared worldwide.

And in thinking through some of this, I keep coming back to a quote by Indian author Arundhati Roy, who is best known for receiving the 1998 Man Broker

Prize for her fiction novel, “The God of Small Things.”

“The trouble is that once you see it, you can’t unsee it. And once you’ve seen it, keeping quiet, saying nothing, becomes as political an act as speaking out. There’s no innocence. Either way, you’re accountable.”

And never have those words rung truer than the controversy surrounding “India’s Daughter.” Be troubled, saddened, outraged, discouraged, upset, motivated and confused,  be whatever you need to be, but do not be quiet. Silence does not absolve you from responsibility. Criticizing cinematic choices does not change the fact that this documentary attempts to put sexual assault and rape at the forefront of India’s age old patriarchal mentality, and no longer kept within whispers and shadows.

Udwin’s goal in making “India’s Daughter” is about giving a voice to the sexual violence perpetuated everyday against women living not only in India but around the world.

“India’s Daughter” is due to air by broadcasters in Denmark, Sweden, Switzerland, Norway, United States, Canada, and the U.K.

Since India banned the documentary, it has circulated on Websites like YouTube and Vimeo, but platforms such as these were forced to comply with government-sanctioned requests to block copies of the film. At present, it is only viewable on BBC’s iPlayer within the U.K., making it no longer visible to the people who need to see it the most. 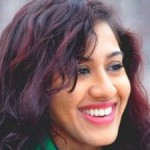 Vaidehi Mujumdar is an aspiring physician, writer, and researcher based in Washington DC. She’s a contributing writer for India.com’s US Edition. Her work has been published in The Guardian, The Feminist Wire, Media Diversified, and others. See more of Vaidehi’s work on her website.