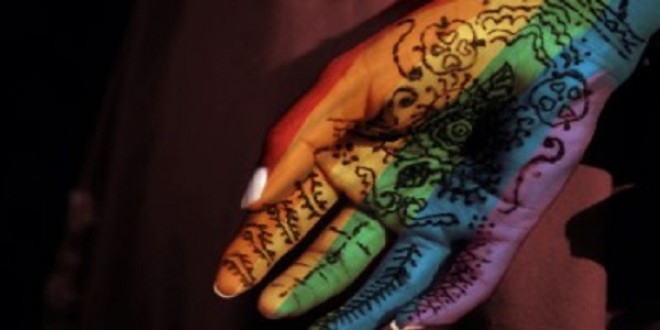 From a father to a daughter, these lines are profound and an a clear indication of the father-daughter sentiment in the Indian context.

In “The Paths to Marriage” Mala Kumar takes on a variety of themes relevant to Indians, in general, and the diaspora, in particular.

The novel begins in a village in South India with Lakshmi, a bright young girl who wants nothing more than to improve her lot in life. Her obstacles are abject poverty, and the rigidity of the Indian caste system that can both be cruel, and insurmountable. Lakshmi manages by sheer will, hard work and her supportive family to overcome the odds before her to get through high school, and even half way through college before getting married to a man from a different community. Together, they immigrate to the U.S.A. and her struggle continues with her husband and young children and she becomes embroiled in the technicalities of the U.S. immigration system.

Skip to the next generation and meet her daughter Pooja. Lakshmi shares a rocky relationship with Pooja, and Pooja chafes under the restrictions of being born an American in a household that clings to traditional Indian values. Lakshmi forces Pooja into an arranged marriage to a man from India. Pooja continues to rebel against what she considers an injustice to her life’s ambitions and free will. The marriage unsurprisingly falls apart.

As the story moves forward, the third generation of women in this family face an entirely different obstacle: Deepa is gay, but afraid to come out to her bitter homophobic mother, and alienates the love of her life by her reluctance to be out of the closet.

The premises of the story line are captivating, but there are a few issues with the novel, including some hanging threads that are never explored. Lakshmi’s sister who she calls “little sister” remains an unexplored character. Pooja’s sister Alpa is another unexplored character. The main male characters either die or have very little involvement. While this is clearly to accentuate the female-centricity of the novel, the male characters are likeable and supportive, making their absence noticeable.

Mala Kumar is clearly a keen observer of human nature in some ways. There are some instances in the novel where we get almost a cinematographic feel to the novel. Take, for instance, the passage below:

“For ten years, I walked three kilometers each way to get to school. At the age of eight, I had my first terrifying glimpse of the world beyond the boundaries of my village. At age twelve, the walk was a familiar playing ground to relieve tension before a long day of studying. At age sixteen it was a stressful addition to my already busy life. Age eighteen, that walk had become a stepping-stone to achieving the unimaginable.”

The passage of time is captured beautifully, and descriptive passages like these show that Kumar is a capable writer. Others like this sentence: “One time-honored Indian tradition was the need to feel irreplaceable;” show that Mala Kumar understands the mindset of the Indian diaspora.

Mala Kumar tackles issues that are of relevance to the Indian diaspora with sensitivity, but more admirably, with courage and tact. The issues of failed arranged marriages, the LGBTQ community and immigration among the Indian diaspora are rarely addressed by authors, and it is to be appreciated that Kumar attempts to deal with them.

The novel overall is a mixed bag, typical of many debut novels, which attempt to tackle too many issues at once. However, all of the issues tackled by the author are relevant and important and are interwoven into the story in a novel way, by using three generations of women, and giving each generation its own story. “The Paths of Marriage” talks of trying to find one’s own way and voice, even when it conflicts with the rest of the family and community at large. It also talks about women’s support systems and LGBTQ issues within the Indian community, where such issues seldom found open acceptance. 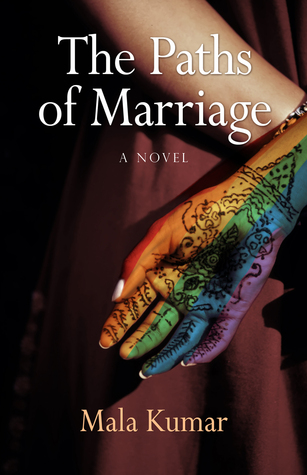 Released in October 2014, the novel is available to buy from Amazon

and worth a read.

Author of “The Paths of Marriage,” Mala Kumar is a writer, an artist, and technologist, who has traveled to over 20 countries. She is an International Development practitioner who has worked for the United Nations.  She is also an LGBTQ activist who has spoken about the struggles of being a gay brown girl in a conservative and otherwise homogeneous community. Her Website may be found at www.MalaKumar.com. 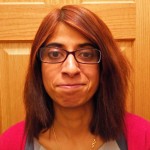 Sonali Kudva is a PhD candidate at the College of Communication and Information at Kent State University, Ohio, USA with research interests in Bollywood, Human-Information Interaction and Popular Culture. She inherited the travel bug from her parents and has traveled widely, and hopes to get the opportunity to travel to more interesting places someday. In another life she was a Pulitzer Center for Crisis Reporting Fellow, has worked as a full-time journalist-editor and freelancer at magazines, newspapers and online. Sonali calls India her home, even though she spends more time away from home than in it. She likes to collect academic degrees, and in her spare time, she likes to vegetate with an interesting novel, talk to her family or argue with her friends on politics, international affairs and any other topic that may come up.