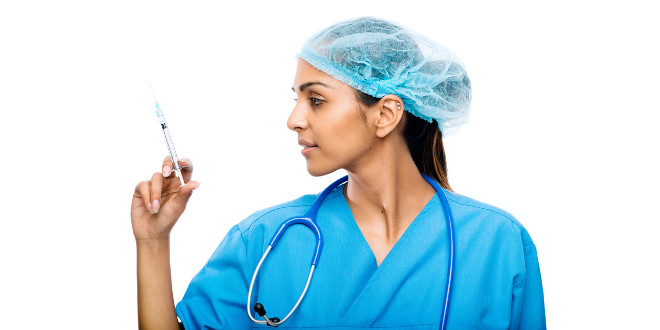 I just want to start by saying that my parents are pretty open-minded (relatively speaking, of course) for being Pakistani immigrants living in America. They always pushed my sisters and me towards attaining the highest education possible, not because it was something that they wanted, but because they knew we would be settling if we didn’t. They let all of us dorm when we headed off to college, even though we were the first to do so in my extended family.

When my older sister entered medical school, aunties would tell my mother that her daughter would be “old” (an astonishing 26 years old!) before she would be done with her education and in a place to settle down (that means marriage, of course). My mother waved away all the negative chit-chat and she held her stance that girls should study as much as they can if they want to make something of themselves. That resolve of her’s only became stronger when I entered medical school a year later, giving me the courage to travel more than 1,000 miles away to go to my dream school.

Being a Muslim girl, I was naturally told to stay away from anyone of the XY karyotype.  Growing up, I was never allowed to have a guy friend, and having a boyfriend was—needless to say—digging my own grave.

But I do have guy friends. Some of them are my closest friends, but this is not information that I would necessarily share with my parents.  They live in a bubble where they assume that their daughter’s co-ed class is actually 100 percent female and that if a random guy were to so much as walks on the same side of the street as me, I give him an evil glare until he runs far away.  Hey, if that’s what helps them sleep at night, so be it.

I was mostly fine with this part of my upbringing, but something changed when I entered medical school. You see, as a medical student, my studies weren’t just passively reading a few PowerPoint slides and regurgitating them on an exam. I had to learn how to interact and touch patients as well—figuratively and quite literally. I still remember the day I had to do my first physical exam on a male patient.

To this day, my mother thinks that the cadaver I dissected in anatomy lab was a female. The thought of telling her that I learned my anatomy from regularly studying a naked male corpse doesn’t seem like something she would want to hear.

However, I had dreaded the moment when I would actually have to touch a male patient. To anybody else, this trepidation from a girl in her early 20s may sound silly, especially since I was sure my parents knew that I would have to do this as an essential part of my career. What was I so afraid of? It was natural to feel a little nervous when dealing with a patient of the opposite sex for the first time. I’m sure that patients felt similarly when they had a doctor of the opposite sex.  At least, that’s what I kept telling myself as I nervously knocked on the hospital room’s door.

He was a young man, probably just a few years older than me. When I entered the examination room, he already had taken his shirt off.  I could feel my stomach clench as I palpitated his chest, not because I was unsure of my technique, but because I had this nagging feeling in the back of my mind wondering if my mother would be okay with this. For that reason, I could tell that my movements were a little imprecise: I should’ve pressed a little harder to better feel his lymph nodes; I should’ve taken my time when feeling for the movements of his diaphragm as he took a deep breath; I should’ve not been so afraid to reach under his ribs and feel for his liver; I should’ve been doing my job better, but I just couldn’t. I was a medical student, but I was also a Muslim girl.

No housewife training or acceptance letter in the world tells you what type of awkwardness being both of those together brings.

Over time, as I saw more and more patient exposure, I eventually shed that awkwardness. It took a while, but I had to remind myself that I was just doing a job; it’s what my parents sent me thousands of miles away to do, and darn it, I would learn how to do that job well.

I am yet to discuss these fears with my mother. Sometimes, I think she would laugh at me for being so silly; other times, I wonder if she’d tell me to gently refuse anytime my attending tells me to do an exam on a male patient. At this point, I’m really not sure how that conversation will go, but maybe I will share that story with another time.

Fariha Siddiqui is a New Jersey girl living in Orlando, Florida, where she attends medical school.  One of her favorite hobbies is writing, especially about her Pakistani culture and what it means to balance Pakistani roots in an American society. In her free time, she loves binge-watching romantic comedies and sitcoms. Follow Fariha on Twitter for regular updates.