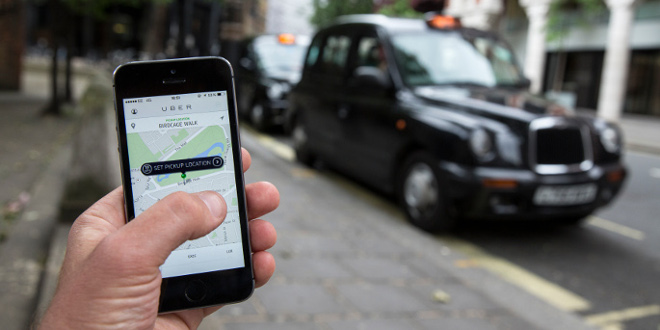 This article was originally published on India.com:

It has become clear that India’s association with corruption, among police and policy efforts, is not simply a rendezvous, it is a dangerous slip at best. The country’s repeated instances of gender-based violence are strong examples of this continued and deliberate corruption. I am sure many of you have heard about India’s latest case, termed by popular news channels as the “Uber Delhi rape.”

Recap: A 26-year-old female financial executive used the Uber smartphone app to book a taxi home from a late night event on Friday, December 5. She recounts that on her way to north Delhi’s Inderlok area, she was taken to a secluded area and raped by her driver. Other news sites supplement that she had fallen asleep on her ride home and awoke to the driver molesting her, who then threatened physical violence when he dropped her off at home if she told anyone. Delhi police have recovered the driver’s iPhone, provided by Uber, from Mathura, along with two other phones he previously used.

According to a senior police official, the phone is important evidence to corroborate that Shiv Kumar Yadav, the accused driver, was indeed driving the victim’s cab. Its GPS signature will help verify the route from where the woman was picked up, the course the cab took to reach the scene of the crime and when she was dropped home. As of date, Yadav has been arrested from Mathura and is under three-day police custody; although, he will not be charged for another 15-20 days.

Yadav is also awaiting trial in at least four other criminal cases in his home state of Uttar Pradesh, a police official said Wednesday.

Allow me to shed light on three underreported details of this case that have me riled:

Uber requires drivers in India to submit a character certificate, endorsed by the police, as a form of background check before receiving work licensure. Yadav received a “character certificate” from Delhi police in August,stating that he has never been “involved in any criminal offense.” Such a document can be bought for 8,000 rupees ($130) from police, and a license and registration can similarly be obtained for 4,000 rupees ($65), without taking a driving test or passing a vehicle inspection.

Since Yadav’s documents were forged, this investigation has dug up his previous three felonies: Arrest on suspicion of molestation in 2003, illegal possession of a locally made pistol in 2006 and the rape of a woman in his village last year. For many reasons, including policy inadequacy and development stagnancy, bribery is routine and rampant across the country.

So, was Uber, a highly valued technology start-up, just not aware of the market it was entering? While a step in the right direction, for both efficiency and safety, is India ready to manage a service like Uber? Let us also keep in mind that no service can be perfect. Uber is doing some brilliant innovative work, but is also working out its kinks at home. There have been similar accusations against Uber drivers in the U.S., including a recent investigation in Chicago.

As this investigation unfolds and until stricter rules are in place, Prime Minister Narendra Modi’s government has called upon states to ban Uber and all other web-based taxi services from operating. Rightfully so, this mandate has produced great outrage on social media sites, like Twitter, under the trends #DelhiShamedAgain and #Uber. Uber is technologically designed to be one of the safer taxi options, with tracking capabilities through an app that provides driver names, pictures, taxi numbers and drivers’ phone numbers.

Therefore, a safe experience with Uber is more probable than with other modes of transport that women in India may take, such as walking on foot, mixed gender trains and roadside taxis. This ban seems illogical in that it could push women towards precarious options. Hmm, maybe we should rectify this ban with one that keeps our women behind closed doors?

Lastly, as usual, this recent case has ignored the main issue in question: How to ensure women’s safety and their human right to mobility, not just through taxi services, but in the grander sense of nationwide policy and policing efforts. What often gets lost amid international media sensation is the crux of the crime and recognizing the victims who have suffered. Is this woman receiving adequate social support from her loved ones, office and state networks? Based on her experience, what does she think can be done to prevent future such cases involving her fellow countrywomen and girls? And despite policy protections written in name, what are the Indian government’s next steps to truly mitigate gender-based violence? It does not settle well that this victim’s voice has largely been absent when her personal story carries the greatest importance.

Overall, we can only hope that #Delhi[Won’tShame]Again.

Nur Kara is a medley of Indian ancestry and East African heritage, though also carry the labels of “female,” “Ismaili Muslim,” and “first-generation American.” Being part of refugee history and having lived through these various lenses inspires her to similarly share in others’ stories. A self-coined “skeptiste,” she questions the uncommonly questioned.