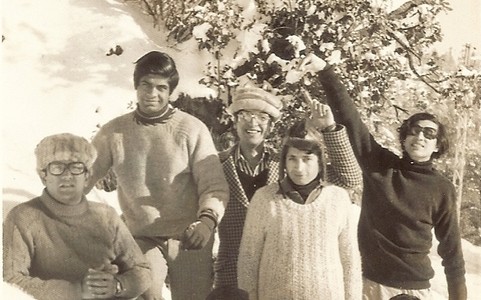 When Ahmed Ali Akbar began chronicling the antics of his hilarious uncle last October, he never imagined his stories would become the internet sensation they are today.

Akbar, 26, had toyed with the notion of starting a photo blog dedicated to his uncle, a man he describes as a dapper, retro Austin Powers-type who charms everyone he meets. The idea quickly grew into much more. 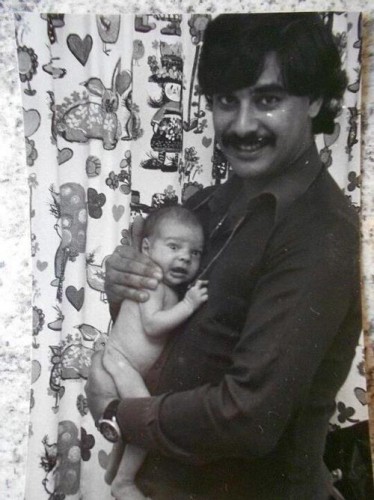 When looking through photographs of his father from the seventies, Akbar began to notice similarities they shared – the youthfulness, confidence and fashionable flair of a young man finding his way in the world. The images helped Akbar identify with his father, and he thought they could speak to others in the same way.

Akbar began posting vintage photographs of his family to a Tumblr he dubbed Rad Brown Dads, celebrating his parents, aunts and uncles in all their retro glory. Before long, his page was gaining recognition on blogs and social media, and submissions began rolling in.

“People started giving me these amazing stories, and I kind of became a venue for that,” Akbar said. “If you would have asked me when I was 18, would I start a blog called Rad Brown Dads, I’d say, no way! It’s all about South Asian women.”

Growing up in a family of strong women, Akbar valorized his mother as his hero and role model. When she passed away four years ago, Akbar began to understand his father as his only parent and as a complex and complete individual.

“I don’t give him enough credit for having been a full person in a way, and also being stylish,” Akbar said. “I thought my father was not stylish at all, but he was so fly and handsome.” 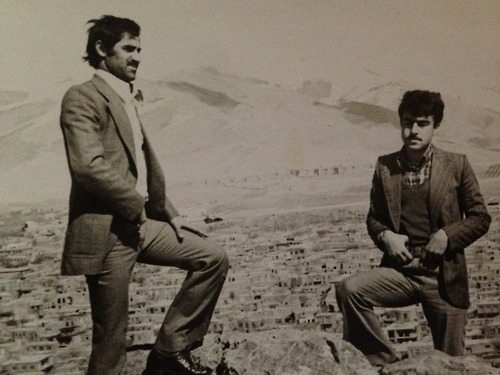 Akbar was struck by how fashionable his father looked in his old photographs, proudly sporting his fitted bell-bottoms and mustached smile. He made it his mission to foster the idea that brown dads are beautiful, relatable and inspiring.

“To me, fashion is a form of self-expression undeniably,” Akbar said “I look back at [my dad] as a young man wearing these fitted suits and tank tops, and he looks confident. He looks like he’s owning it. My feeling growing up was that he didn’t love his clothes.” 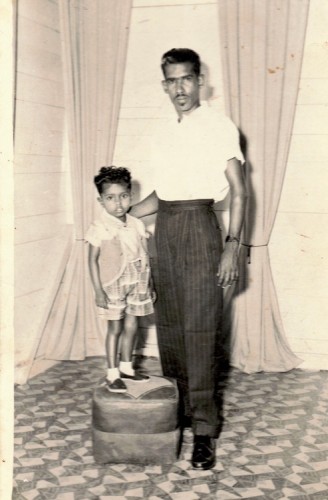 For many South Asian parents, nothing is more important than raising their children. Putting effort into their own fashion becomes secondary and superficial once they have kids. But Akbar found that the legacy of rad brown style lives on in family photos.

“I wanted to explore the history of something that was already in front of us in our vintage photographs, the old, bolder styles of South Asians back home,” he said. “I’m interested in exploring and fostering an artistic sensibility in American Muslim communities.”

Akbar hopes Rad Brown Dads will encourage creative writing and help readers take ownership of the South Asian male identity. He dreams of one day compiling an anthology of long-form stories on fatherhood.

What does his dad, a traditional, masculine Punjabi man, think of Rad Brown Dads? Akbar isn’t completely sure.

“I think he’s proud of it in theory, but I don’t think he knows how to navigate Tumblr,” he said with a laugh. “I ask his permission before posting photos and he’ll say, ‘you know me beta, I have nothing to hide.’ That’s how I try to live my life as well.”

You can contribute to the blog by sharing your own photo of a rad dad you know. Akbar said he accepts submissions of all dads, brown or not, but he only posts vintage photographs. His favorite submissions are a series of photos of his father with his college friends on a snowy vacation in Northern Pakistan.

“It just looks like a catalog shoot,” Akbar said. “It’s amazing. They’re out in the snow in suits and shirts and trousers drinking chai, they just look so happy.” 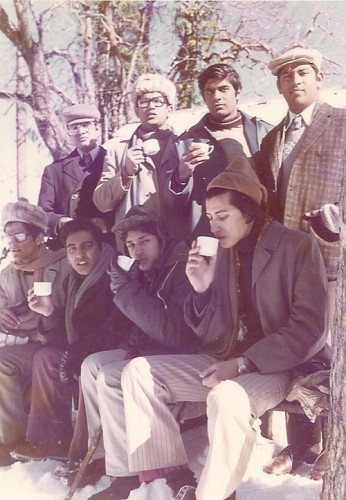 To see more of Akbar’s work, check out his essay in the anthology Salaam, Love: American Muslim Men on Love, Sex and Intimacy. All images provided by Rad Brown Dads.