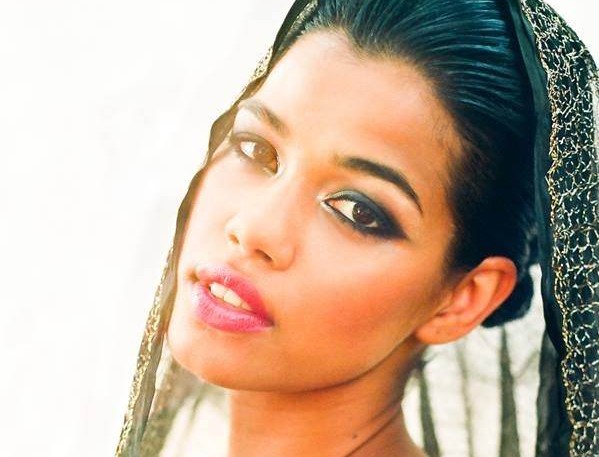 She is the first to arrive at any meeting, ready to take meticulous notes. She responds to emails at the speed of light, volunteers for extra projects and still makes it to her evening yoga class on time.

But when you praise her work, she doesn’t believe you. She’s sure you’re exaggerating. How could anyone think she’s a superstar when she overslept and walked in four minutes late this morning?

Does this train of thought sound familiar, BG? If so, you’re not alone.

After interviewing some of the world’s leading ladies, journalists Katty Kay and Claire Shipman found that many successful women suffer from self-doubt. Their recent story in the Atlantic tackles the “confidence gap” – while men tend to feel secure of their abilities and dare to take risks, women lack confidence which holds them back professionally. When it comes to breaking the glass ceiling, the writers say “confidence matters as much as competence.”

So how does a smart, hip, beautiful Brown Girl go about gaining self-confidence and exuding it in the workplace? We interviewed some successful working BGs to find out.

Aditi Mehta, 28, is the founder and director of Brown Girl Magazine. She is currently working towards her MBA at the University of Chicago.

“I think a lot of girls, especially South Asian women, are taught to be quiet and listen. I can’t ever remember my mom telling me to be louder. In the professional world and in American culture, you have to speak up in order to get anywhere. Particularly for Indian women, this is an important skill to have. You’re here because you’re a smart, intelligent person, and you shouldn’t be fearful of not being good enough.”

Parul Gandhi Jafri, 29, works as an economist for the Canadian government in Ottawa, Ontario.

“I think women tend not to show their abilities because women who do are perceived as arrogant. Whereas for men, it’s just something that is expected. As a woman progresses in her career and personal life, she naturally gains confidence. Be honest about your capabilities and what you’re willing to take on. It’s not everyone’s personality to be aggressive and take on a male-dominated environment. Find a mentor that can guide you. Be willing to explore until you find a place and position that fits for you.”

Neelima Sukhavasi, 26, is a fourth-year medical student at the University of Texas Medical Branch in Houston, Texas. She will be starting her residency in OB/GYN this June.

“One of the biggest challenges for me was feeling confident enough to speak up in front of my team. Even though I was in the same class and at the same level of education as my fellow students, I had this fear that I was the least competent of the group. I often did know the answers, and by not speaking up, I was only holding myself back. If I made a mistake, I made a point to add it to my list of things to research. Don’t be scared to ask your boss for feedback on your performance, especially if you feel there is something you could improve on. You will not only benefit from their advice, but they may be impressed that you took the initiative to ask.”

Krystal Patel, 25, is the director of accounting at Kriya Hotels in New York City.

“I began my career at a large firm where it was easy to become a number instead of a name. I quickly learned that those who did the best work didn’t necessarily get recognized the most or promoted the fastest. I found the best way to succeed in the workplace was to enable others and delegate work. This allowed me to have more time to interact with my superiors. The open communication made them entrust me with larger scope engagements and made me a more essential part of the team. The best advice that I’ve been given is to confront your fears. You’re more likely to succeed in the workplace if you take initiative and make mistakes than if you never step up at all.”

Neha Aziz, 23, lives in Austin, Texas and works as an editorial intern, screens blogger and contributor for the Austin Chronicle.

“As a writer, it takes time to get into a good rhythm and to constantly put out work that is well-written and thoughtful and tightly focused. There is work that I’ve done that hasn’t been that great, but you have to take any criticism or advice and throw it into your next piece and make it better. I would tell younger girls that as scary as it is, you have to put yourself out there. Whatever internship or job you have acquired, you got it for a reason, so own it. Have goals for yourself, and do whatever in your power to get closer to achieving them every day. Don’t be afraid to have a voice.”

Shakila Ahmad works as the director of business for a medical practice specializing in allergy and asthma care. This January, she became the first woman to serves as president and board chair of the Islamic Center of Greater Cincinnati.

“I would say there should be no reason for you to not consider yourself up to par with your male counter parts in the workplace. Know your work, build a support network and take example from those who have succeeded for how to present yourself and your ideas. Confidence is not about being a train wreck due to unbridled speed, but about striding forward without hesitancy and reflecting in your walk and talk that you know where you are going.”

“We are told from a young age that women are emotional, and we feel like we need to ignore how we feel and focus on what we do in order to get ahead. It’s just the opposite – we have to confront how we feel inside, and we will naturally perform better. ‘Fake it till you make it’ does not work when you’re modeling at a New York level. The camera smells fear and there is nothing else. I thought I was leaving it all behind when I got into coding, but I realized that all careers are demanding when it comes to confidence. Once you realize we’re all in the same boat, you can learn to laugh at that silly baseless feeling of self-doubt that creeps up every once in a while.”

9to5 Misfits: What Women Want at the Workplace

The Ambiguity of Being an International Student During COVID-19

The 5 Most Frequent Interview Types and How to Ace Them