Nirbhaya: The Fearless One 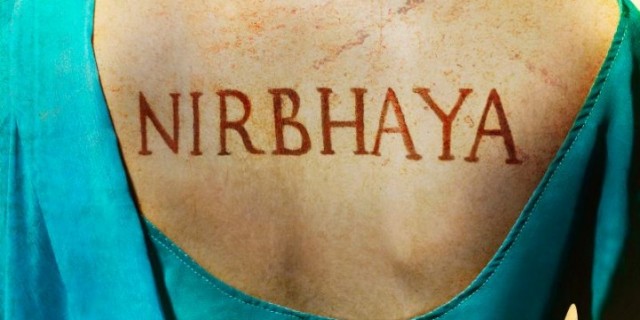 What is Nirbhaya? A name taken from the Sanskrit language meaning the fearless one, and admittedly, a name that I would not have classed as one that is commonly given to an Indian girl. In December 2012, however, Nirbhaya in the eyes of the world was not just a name. Nirbhaya became an emotion, a voice, a feeling that fuelled a burning intensity within women across the world to break their own silences.

On Dec. 16, 2012, a 23-year-old student in New Delhi was brutally and violently gang raped on her way home, by six men on a bus, followed by multiple beatings using an iron rod that were so severe she succumbed to her injuries. Her true identity was kept discreet, but to the world and global media she had become Nirbhaya. A woman, who wanted to love and live, and fought for this right until her last breath. The dark yet deep truth of many such atrocious and misogynist attacks against the female gender in South Asia began to unfold within days and awakened many silent voices, not just in India, but across the world.

Fifteen months later, unfortunately, stories of sexual violence attacks against women in South Asia are still circulating, but the momentum to create a change in both legislation and society’s mind-set by encouraging female empowerment is still fortified on a global scale.

Internationally acclaimed writer and director Yael Farber’s latest theatrical contribution, “Nirbhaya,” the play, is an active part of this movement. Through an attempt to re-enact that fateful December night in New Delhi that claimed a young girl’s life, and interweaving a tapestry of personal testimonials of other sexual abuse victims, this performance aims to break barriers, lift the veil of silence and diminish the denial we choose to live within this society that every one of us has contributed to.

The play has already received three prestigious arts awards, but I still stopped to question, what was I going to see and learn that I was not already of aware of? Gender inequality within the South Asian culture? The lack of accountability for injustices against women? Or the denial of this continuous cycle of patriarchy suppressing a woman’s freedom to be just that – free.

Produced by Mumbai’s very own Poorna Jagannathan, the performance was not just a theatrical experience of victims or survivors of abuse, it was a journey of individuals whose humanitarian rights were denied by those they trusted; and these same individuals – Poorna Jagannathan, Priyanka Bose, Sneha Jawale and Sapna Bhavnani were prepared to re-experience their pain to hundreds of strangers every night on stage.

Distressing as each of their accounts were to re-enact, the emotions were raw, hard-hitting and tugged at every nerve. This wasn’t just role play, this was their reality; a reality which they dared to challenge. Yael’s simple yet subtle direction of these stories was incredibly overwhelming. A simple prop such as a small yellow dress was enough to mortify the audience about the consistent denial when abuse occurs within the home, stealing a young girl’s innocence.

Murmurs of disgruntled agreement in unison among the audience could be heard when Priyanka candidly spoke of her grandmother’s daily ritual in praying to the Goddess Kali, the true depiction of empowerment; yet it was still acceptable to suppress a woman with a voice against injustice and blame her for inviting her abusers, or as Sapna remembers being told by her attackers, “you were asking for it!” and ostracized with the same hypocrisy across the other side of the world.

As Sneha retold her horrific experience of how she survived her acid attack conducted by her how own husband, it’s not just the scars on her face that shock you, but the sheer pain in her voice, as she chokes when she speaks of fighting to find her estranged son who was taken away from her, and unknowingly, amongst the actors walking up and down the stage, we too are all searching for him with Sneha.

Japjit Kaur’s role of Nirbhaya, the Delhi rape victim, was accompanied by her haunting yet beautiful vocals subtly interwoven within each story. The gut wrenching but necessary depiction of her final moments of how she may have died may never fully justify how much she really suffered, but the frozen look of fear and defeat created a deafening silence and an awakening within the audience.

It took one tragedy out of thousands that happen every day, for four people to break their silences to the world and create an everlasting echo, forcing us all to challenge our own beliefs on what is deemed as acceptable. Where is the outrage when a woman is groped, touched or leered at on Indian public transport or on the streets every single time? Have such acts of violation become the norm because a woman is forced to detach herself from her physical being as and when it’s right for society? Is freedom for a woman still conventionalized?

Through the tapestry of these events, we experience the harsh truth of our civilization’s own contribution towards the psyche of such a mentality. The sense of touch is tarnished because we still live in a society that refuses to talk about intimacy. A hand that reaches out to touch a woman in comfort or love is often twisted or disregarded as filth or sinister. Men within South Asia, are equally at risk of being abused or attacked, but within a patriarchal environment, a voice for a male rape victim is less of an option than for him to release his vented frustration by proving his “manhood.” The social class system is man-made, hence we are quick to stereotype the common man who drives a taxi or rickshaw and leers as a pervert, yet if it’s a well-dressed handsome man in a bar how do we assume his intentions are any less menacing? Unless we be that change, how can we expect a society mind-set to change?

Interweaving Nirbhaya within these extraordinary four women is a reflection on how “the fearless one” resides in each one of us. Nirbhaya is that change and it took the death of one Nirbhaya to awaken many others.