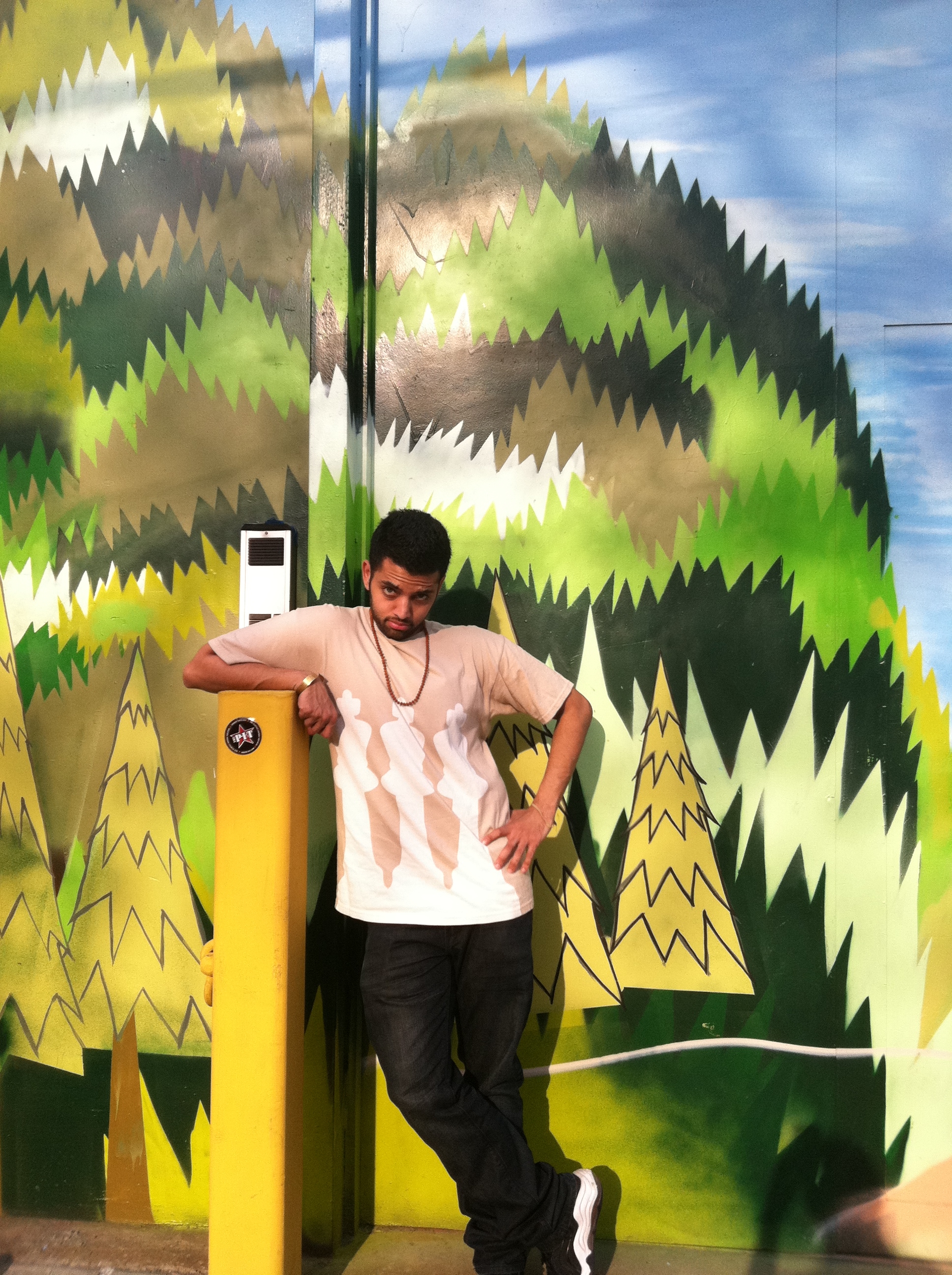 I discovered Akaash Singh the way I find most things these days: through Twitter. Writer Anand Giridharadas tweeted about seeing his show and I immediately emailed him to request an interview. I discovered he only lived one subway stop away from me in Brooklyn and I met the almost 28 year old Singh at my favorite coffee shop to discuss his burgeoning comedic career.

How did you get started in comedy?

I was pre-med all through college. [Singh was born and raised in Dallas.] I took the MCATs and took a year off after graduation to apply to medical school. During that year off, my two best friends [from high school and college, respectively] decided to move to LA. It was only because we went together that I [felt comfortable] pursuing comedy after only performing in school talent shows. My day job was as a salesman at Verizon Wireless, I was the worst.

I didn’t know anyone in comedy when I moved to LA. If you’re going to do this, you have to make sacrifices. When my friends were out partying, I was working.

I would watch my favorite comedy specials over and over again and memorize them. Comedy is a science, you have to study to figure out why things are funny.

How did your family feel about you becoming a comedian?

My mom said, ‘I would rather you know you can’t do it than wonder the rest of your life if you could.’ Her approval was all I needed. My dad basically said, ‘I think you are an idiot but I can’t stop you because you’re an adult.’

Eventually I worked my way up to bigger clubs. I moved to New York in 2008 because everyone told me “You get funny in New York, you get famous in LA.”

You talk a lot about racism in your act.

I can’t not talk about racism. I feel in our culture, you’re either white or black. At times in my life I’ve been really white, other times I’ve been really black. I was made fun of for that. I’m just now trying to figure out where I’m from.

How does your family feel about your career now?

First I told my parents not to look me up, but my mom ended up seeing a clip of me online. She liked it and said she was glad because she had no idea what I was doing! Even my dad said I’ve gotten farther than he thought.

How do they feel about the language and topics in your act? I was a little shocked when I saw your show (see video below).

With a desi audience, I’m going to be more cautious. But I’m always going to cuss onstage.

What advice do you have for other South Asians who want to pursue nontraditional careers?

Listen to your parents. I admire people who are doing the traditional thing as much as they admire me. If I had the 4.0 and perfect score, I would be a doctor right now. If I knew how hard it was going to be, I don’t know if I would have done it. You have to be delusional to go into comedy.

The next day, Akaash emailed me to say he had been thinking about advice to give South Asian women in particular. His advice, edited for brevity:

“First, be comfortable in your own skin. Personally, I think that starts with being proud of your roots. You’re Indian (or Pakistani, or Sri Lankan…), and that means you’re from a beautiful place with a beautiful culture.
Second, don’t get happiness confused with pleasure. Things like smoking, drinking, and partying may give you short term pleasure, but they won’t provide lasting happiness. Understand the difference between the two, and always chase happiness.”
Visit akaashsingh.com, subscribe on Facebook, follow @akaashsingh on Twitter.