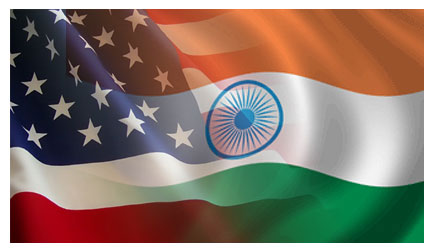 “You’re only American if you’re born on American soil.”  My head swerved around so quickly it almost snapped.  Befuddled, I answered with “I was not born in America, but I am American.” To which I received a smirk, a shake of the head, and a back facing me.  I was livid.  Since when has there been a criteria for who can be American and who cannot? Clearly I missed the day when Uncle Sam was being branded on to the ‘real Americans’.  The comment had been passed and the conversation had ended, yet the implications have stayed with me to this day.

I was born in East London, raised in Texas, and am of South Asian descent.  According to the statement above I am allowed to be English, but not only am I NOT American, I am also NOT Indian. I truly cannot comprehend why people believe that being ‘American’ is based solely on location. There are many things besides location that contribute to who we are: upbringing, culture, religion, family and friends.  These things are like the genetic makeup that are at the very core of who we are; injecting location to the mix allows us to express these attributes.  A good friend once said to me, “Being American is about the love you have for your country, it doesn’t matter where you came from.”  Americans are unique because of the ideals, way of life, and freedoms they express and expect.  This country was created by immigrants for immigrants, and people are still drawn here from all over the world because of the ‘American dream’.  Why then do some of us forget our roots and try to discourage others from wanting the same things we ourselves pined for not too long ago?  Part of being an American is accepting everyone, not judging, not discouraging, and not alienating others because they’re not the same.  That’s the beauty of this country; that people from all walks of all life can come together in one place and live in harmony.  I was not born in America, but pride swells in my heart when I hear the National Anthem, an almost disturbing level of competitiveness takes over me whenever the USA is participating in a sporting event, and every day I thank God profusely for allowing me to live in a country overflowing with opportunity.

This same concept puzzles me about South Asians as well. Once whilst visiting Gujarat, amidst the bustling of the marketplace, the haggling of goods in doorways, and the sun baked children chasing after a stray dog, three letters smacked me in the ear like a monkey whose banana had been stolen. “N.R.I.,” said the police officer who made Salman Khan’s character from Dabaang look like a sweetheart. My mum cleverly ignored the statement and continued on her quest to find the best mango in the bunch, but I just could not shake the disdain and disgust clearly evident in his voice.  How could I not be Indian? Everything from my features to my mannerisms screams that I am of South Asian descent; the distinct shape of the eyes reserved solely for South Asian women, the noncommittal bob of the head, and even the half shrug of indifference.  All of these crucial facts were overlooked and I was instantly an outsider due to my Levi Jeans and graphic tee. I may not have lived in India, but I am Indian.  The culture of thousands of years gallops through my veins like Arjun’s chariot in Kurukshetra, my devotion to Krishna is in every breath I take, and my love for Bollywood and Gujarati thali satiates my soul in every way imaginable.

Being an American, like being Indian, is not about where we are from, it is about where we make our home and where our hearts lie.  It is about being a part of something bigger than ourselves.  I for one, am proud to have English, American, and Indian ties because it’s that intertwining of cultures that form a rope that is strong, sturdy, and unbreakable.