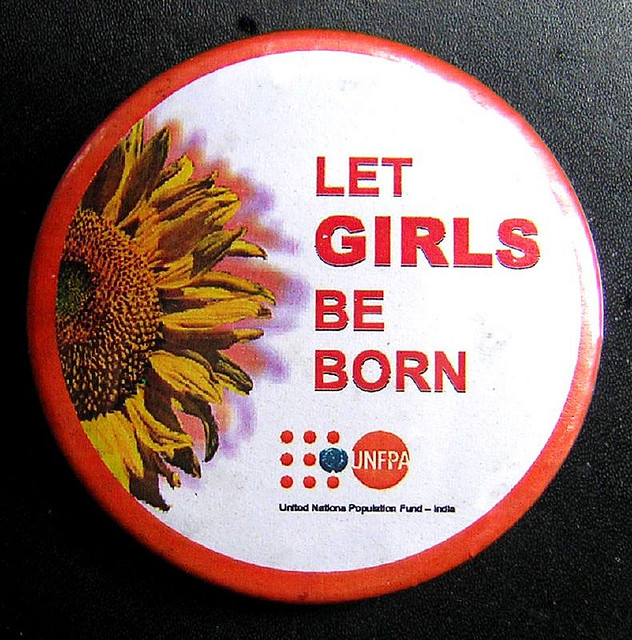 by Sheela Lal – University of Missouri

There are 50 million girls and women “missing,” according to Gautam Allahbadia’s 2002 article.

“Hey Mister, that’s my sister; shoveled in a grave and nobody even kissed her.”

According to a UNFPA report published in 2002, the ratio of girls to boys at birth is 93:1000 in India; in many other countries, this ratio is 105:100. This indicates a country specific phenomenon is creating such a disparity. This is problematic and evident of cultural and economic factors perpetuating this crime.

“And you can’t accept that you brought her into this world, she’s your daughter killed by mother and father.”

Infanticide endured as a practice throughout human civilization because it served as a survival tool. If tribes could not support a growing population, then they would get rid of new members to the population.

In later human societies, infanticide was increasingly considered barbaric, but it remains today in India. Although India is considered an upcoming economic superpower, its continuing practice of female infanticide speaks to the contrary.

An article discussing female infanticide ran in the March 29, 2008 issue of Tehelka, an Indian news magazine. One woman said she killed her daughter to save her from a hard life, but does not specify how. The author pinpointed a major reason parents decided to kill their daughters: India’s culturally patriarchal society and preference for sons over daughters.

This preference is reinforced through media emulation.  Films glorify male importance in familial rituals and worth. Tradition tells families that men give a family status and when they are born, to “bang brass plates,” but if a girl is born, “to break a earthen pot.”

Post-colonialism provides another lens to look at feticide through. With colonial powers came the creation of the Oriental woman myth – they were subservient and underwent custom and traditional patriarchy. (Bhatnagar)

Setting aside the emphasis placed on male “superiority”, female infanticide reveals the continuing severe violence against women. There are strong religious and social ideologies stating how women should be revered and worshiped, but this doesn’t seem to mesh well with (illegal) dowry practice or creating an environment where women don’t feel they are valued.
“They want kings every hand it seems, that doesn’t mean they should be killing all the queens.”

In rural areas, where tradition thrives, the gender hierarchy has not adjusted nor adapted to modernity as quickly as the city has. Many case studies in news articles come from these areas, and from poorer families who think they cannot afford to pay for a daughter’s dowry. This is despite the illegal status of dowries since 1961.

That being said, urban areas are not guilt free; the rich and highly educated are more likely to partake in female feticide. Ultrasound machines designed to detect sex are marketed with the tagline “600 INR now, save 50,000 INR later,” referring to “dowry.”

“You were too young to die and too young but I mourn for all my sisters, in case nobody missed ya.”

The effects of this dipping ratio have already exhibited detrimental effects on the population. Without women, a large proportion of the heterosexual male population will not be able to carry on a socially legitimate hereditary line.  With a dearth of available women for marriage, some families resort to less traditional marriage situations.  There are reported cases of brothers and even fathers and sons sharing wives.

Besides the genetic implication of female infanticide, there is a social justice and humanity issue that needs to be addressed by the Indian public and those in the Indian Diaspora. The basic cultural notion that males are superior to women is problematic especially in a progressing world culture that asks, but unfortunately does not demand, for gender equality.

“When you see somebody mistreat or diss her, you better step in cuz she’s your sister”

The lyrics used throughout this piece are from Saint Soldier’s song Sister, about female infanticide in Punjab. Saint Soldier is from Punjab and immigrated to Canada in his youth. As a part of the music scene, he writes socially conscious lyrics discussing issues in India as well as social injustices in the West. He is not the only artist from the South Asian Diaspora raising awareness of social issues through their music; M.I.A. and Mandeep Sethi are also notable examples.

Through outside “pressure”, the rise of Diasporic consciousness may lead to a wider base of Indians who take action against such atrocities against human kind. For more information on Diaspora initiative and general female infanticide, here are some resources.